No Criminal Charges in Police Shooting

A report from the DA says Rodin called 911 at 4:44 am Feb. 4, reporting that he had a warrant for his arrest, claiming he had a pistol and a knife and requesting he be picked up on Juniper Canyon before he hurt someone. Rodin had two active warrants, one for assault in the second degree issued by the Oregon Parole Board and the other for an assault and battery with a dangerous weapon charge from out of state. Prior to Hatcher's shift he'd reviewed call notes on Rodin, including a safety warning to exercise caution when approaching him, reports said. 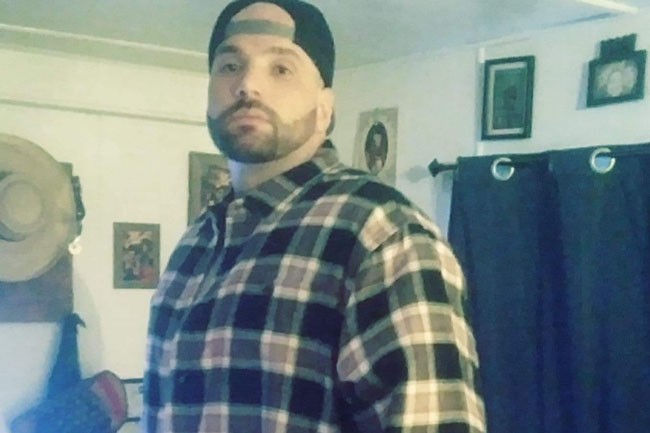 The report says Hatcher drove up to Rodin as he was nearing the first house on Maphet Road, and exited the car after Rodin quickly reached into his pocket and spun around. Hatcher pulled his service pistol and ordered Rodin to get on the ground.

"Mr. Rodin dropped to his knees and Deputy Hatcher observed that the object Mr. Rodin had pulled from his pocket was a cell phone. Mr. Rodin initially had the cell phone in his right hand and a half full plastic two-liter soda bottle in his left hand, which he then dropped on the ground next to him," the report says.

Rodin never dropped fully to the ground after several commands and was picking up and dropping the items in his hands, the report stated. Hatcher, believing Rodin was armed with a .22 caliber pistol, demanded Rodin put his gun on the ground, to which Rodin responded, "Kill me, motherfucker. What's Up?" Hatcher responded, saying "You're goddamn right I'll kill you. Keep your hands where I can see them."

Hatcher continued to command Rodin to keep his hands visible and to get on the ground. Rodin refused, and after Hatcher said he'd use deadly force Rodin yelled, "I will shoot you first." Rodin continued to reach in his pockets and he eventually stood up.

“Under the totality of the circumstances known to Deputy Hatcher at the time of the shooting, Deputy Hatcher believed that Mr. Rodin posed an imminent threat of death or serious physical injury to Deputy Hatcher. That belief was objectively reasonable.”—Kari Hathorn tweet this

Rodin, who's a foot taller and nearly a hundred pounds heavier than Hatcher, circled the deputy as they exchanged threats. Rodin approached Hatcher saying he wasn't scared and that he wanted to die.

"Mr. Rodin continued to approach Deputy Hatcher in a challenging manner, yelling, 'You're shaking!' and '[unintelligible] Your hands...you're shaking, you scared-ass...' Deputy Hatcher stated to Mr. Rodin, 'I'm pretty dang close, though, aren't I?'" Hathorne wrote in the report.

Rodin responded, "Yeah, you are. So am I," as he turned his body, moved the soda bottle under his left arm and reached toward his hip. Hatcher, believing Rodin was armed, shot Rodin twice before calling for medics.

A toxicology report found Rodin had methamphetamine in his system, along with an anti-psychotic prescription drug. Rodin's family told law enforcement that Rodin experienced schizophrenia and bipolar disorder.

Under Oregon law police can use deadly force if necessary to defend from an imminent threat of death and physical injury. DA Hathorn said that given Rodin's 911 call and failure to comply with commands it was reasonable to assume Hatcher believed he was in danger.

Michael Fuller, a Portland attorney representing the Rodin family, told KTVZ the decision not to charge Hatcher didn't surprise him, and that he'd continue to pursue a civil case. Hatcher remains on administrative leave until the Crook County Sheriff's Office completes an administrative investigation that's referred to a shooting review board.