No, Deschutes Commissioners Should Not Be Partisan. In Oregon, ¾ of County Boards Aren't. | Editorial | Bend | The Source Weekly - Bend, Oregon

No, Deschutes Commissioners Should Not Be Partisan. In Oregon, ¾ of County Boards Aren't.

In recent weeks, a conversation has been renewed about whether the Deschutes County Board of Commissioners races should be partisan

Chang's assertion that county commissioners should drop their party affiliation is not without precedent. In Oregon, the majority of counties have non-partisan boards of commissioners. Deschutes County is among only nine of 36 Oregon counties to maintain a partisan board. In a county that is divided fairly evenly among Democrats, Republicans and non-affiliated voters—representing roughly one-third of each—turning away from the frequent vitriol of party politics is the right thing. 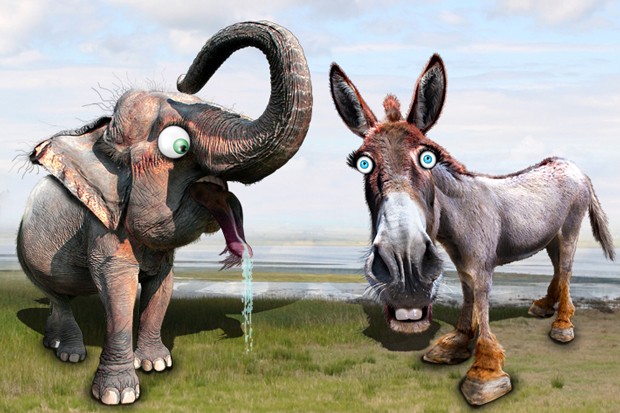 While they do adopt policies as part of their job, a county commissioners' work is largely about administering the practical and often mundane business of running a local government.

According to information offered by the Oregon Secretary of State, county commissions are "responsible for county administration, management, and policy. The board prepares and adopts county and service district budgets and provides administrative services, support, and liaison to service districts, cities, public agencies, organizations, the Oregon Legislative Assembly, and federal and state officials. It is responsible for conducting public meetings, hearings, road vacations, private and public land sales and exchanges as well as enacting ordinances, orders, contracts, leases and other legal agreements."

The job of a Deschutes County Commissioner—at least during election season, has become more about introducing toxic party politicking and social issues into a job that should be about execution. We don't need to see more partisan county commissioners continue to tilt at windmills and challenge the state about whether our cities need to build out or up. In recent years, the battles between our county and the state Land Use Board of Appeals have cost county taxpayers endless staff time.

And let's not get into the weeds about how toxic the primaries can be. In one recent county commissioner primary, we saw a solid, experienced, competent and moderate Republican lose to a candidate who was vocal about turning the party and the community hard-right on social issues —making finding consensus across the aisle a much wider chasm to cross.

Some argue that voters are not smart enough to think for themselves when approaching a candidate who does not have "Republican" or "Democrat" next to their name. This is nonsense. If ever we hope to get beyond the toxic party politics that dominate this era, then voters need to do their part, do their research and be informed enough to see beyond a binary labeling system. Voters are smart enough—but this system of branding and the ease of simply ticking a "D" or "R" box is enabling a dysfunctional system. Erasing the party affiliation in county elections would force voters to think for themselves about the issues, and avoid the boilerplate party platform—and isn't that what we need—an informed electorate that actually thinks about the issues and the candidates before they vote?

As Thomas Jefferson put it, "a well-informed electorate is a prerequisite to democracy." At least in this local election, doing away with party affiliation will force us all to be better.