No Manchild Left Behind

A good general rule might be that a guy's probably too old for you if he could've called you "baby," but "3-month-old fetus" would've been more medically accurate

No Manchild Left Behind

I'm a woman in my early 20s. I'm considered pretty, and I'm in good shape. I started dating significantly older men (in their 40s and early 50s). I love that they're adults and I don't become a girlfriend-slash-nanny, motivational coach, and resume editor like when I'm dating guys my age. But these older men and I are in different life stages with different goals. They want to get married way sooner than I do, or they've had kids and don't want more. How can I trick my brain into wanting men my age who are less emotionally and otherwise mature? 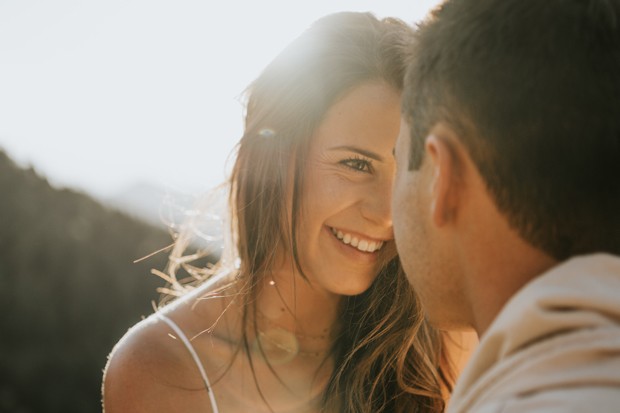 In my 20s, upon moving from Michigan to Manhattan, I was quite the grandpa chaser. I have a thing for the lived-in male face and a ripened mind. But back then, I felt personally and professionally adrift—unsure of who I was and what I wanted to do. Ultimately, I think I was drawn to much-older men in the way Kate Winslet's character was drawn to the door she clung to when The Titanic went down.

These men had what might be called stability: established careers in impressive, high-status fields, and they lived in civilized apartments (in contrast with my grim walk-up, so tiny you could breathe or think; pick one). But, now, looking back through the lens of evolutionary psychology, the attributes that attracted me reflect the evolved female preference for men who can "invest": provide for a woman and any children they had together.

This priority by women, found across cultures and even species, surely evolved because females (save for seahorses, pipefish, and sea dragons) are the ones who get pregnant and left with babies to feed. Because the perils of single motherhood weren't an issue for ancestral men, men evolved to prioritize physical attractiveness. This preference is sneered at as "superficial," though it's anything but. The features men are drawn to—smooth, unblemished skin, lustrous hair, full lips, and youth—are cues to a woman's health and fertility. Men who instead had the hots for wrinkly 70-year-old ladies wouldn't have left any descendants to pass on their biddy-banger genes.

Across cultures, other characteristics most widely sought in both male and female mates include kindness, intelligence, and good health. Most of us can't have it all; we have to settle to some degree. But evolutionary psychologists David Buss and Todd Shackelford find that women who are very physically attractive and thus high in mate value wanted all four of a cluster of mate characteristics in a man—those indicating that: 1. He'll invest. 2. He'll be a good parent. 3. He'll be a loving partner. 4. He has good genes to pass on (suggested by his physical health, masculinity, and sexiness).

If you are high in mate value—physically attractive, with other qualities men want in a partner (kindness, intelligence, etc.)—you'll probably feel less willing to settle. This makes for some challenges. Much-older men can be a bad bet for a number of reasons, including crushing alimony, sperm beyond their prime, and the possibility that you'll be diapering both a baby and a husband in relatively short order.

Unfortunately, in many younger men, 30 seems to be the new 18. Financially, the trappings of an adult life (like a house and children) are out of reach for many younger people in a way they weren't in the past. Also, because casual sex is widely available, younger dudes are in no rush to end the Tinder rando sex parade with an "I do." Finally, many of this generation grew up helicopter-parented, without the "Be home by dark!" independence of we who grew up in the '70s and '80s. Many got trophies just for showing up and either weren't asked to do chores or were allowed to shrug them off. Is it really a shock when a guy doesn't pop up at 23 brimming with adult responsibility and instead wants to play World of, um, Warcrack all day while you write his resume and cover letters?

Your best bet is probably to look for guys just a bit older—in their late 20s or early 30s—who may not be totally together in their career and finances but show potential. These are men who are ambitious, intelligent, and hardworking, with reasonable goals (that is, goals that seem realizable without the services of a wizard). Look for signs they care about more than their own immediate comfort and ease—like by noticing when you're cold and giving you their jacket.

To be fair, there are women with much-older male partners who have happy, satisfying, and maybe even magical relationships. Still, a good general rule might be that a guy's probably too old for you if, when he was your age, he could've called you "baby," but "3-month-old fetus" would've been more medically accurate.