Nordic Fun for Racers and Everyone Else | Outside Features | Bend | The Source Weekly - Bend, Oregon

Nordic Fun for Racers and Everyone Else

In addition to its other events, Meissner Nordic Ski Club introduces a classic ski race for the everyman this season

For cross-country skiers, Meissner Sno-Park, located along Century Drive offers an extensive venue for classic or skate skiing. While a trio of events take place at the sno-park throughout the season, this year a new race, happening Jan. 5, is also part of the action. 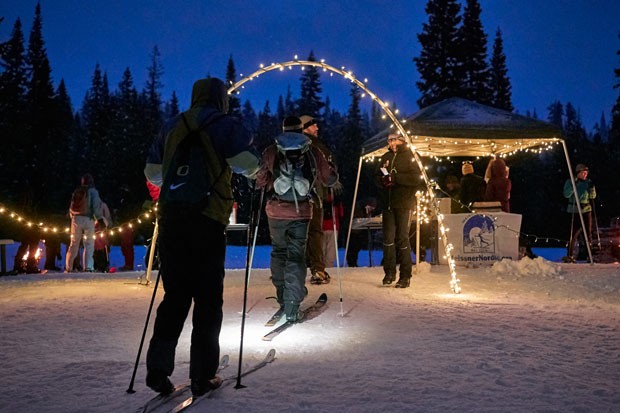 The management of the popular winter recreation site is a partnership between the Oregon Department of Transportation, U.S. Fish and Wildlife Service and the Meissner Nordic Ski Club, formerly the Tumalo Langlauf Club.

"The club goes back to the mid '90s and was started by a number of prominent cross-country skiers such as Justin Wadsworth, J.D. Downing, Ben Husaby, Dick Scott and Scott Johnson," said Steve Roti, MNSC President. Tumalo stood for Tumalo Mountain, and Langlauf is a German word meaning "long run," often used to describe cross-country skiing.

One of the club's initial ideas was to promote groomed skiing outside of the Mt. Bachelor area, creating a non-commercial, community ski area. Working with the USFS, the group obtained its first grooming permit in 1997. Prior to that, the Bend Park and Recreation District groomed trails on an irregular basis.

"The club decided to reorganize and rebrand, and in 2011 became the Meissner Nordic Ski Club," said Roti. In 2013, the club bought a PistenBully 100 grooming machine after successfully raising $115,000 and obtaining a $75,000 loan. "The club paid off the loan last year, so now we own that groomer free and clear," added Roti.

Current grooming covers about 45 kilometers of trails and takes place five days a week between December 1 and March 31.

The sno-park itself was named in honor of Virginia Meissner, a Bendite who shared her passion for skiing with many Central Oregonians. "Every Wednesday, she'd take out alumni from her ski classes, and it was called the Wednesdays Group," said Tim Gibbons, a longtime Central Oregon skier. "The current Wednesdays Trail is in memory of this group."

"There's something for everybody at Meissner," said Roti—from beginner skiers all the way up to those training for ski racing, including local high school teams in Bend and Redmond, as well as the Bend Endurance Academy and future Olympians. 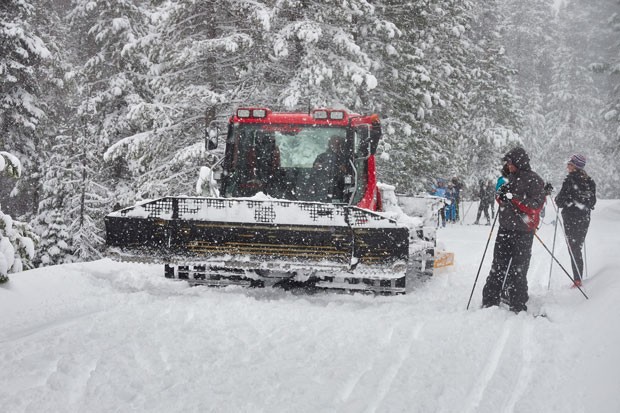 Local high school Nordic teams benefit from the groomed trails for two big reasons: proximity and cost. Teams don't have to go farther up the road to Mt. Bachelor's Nordic Area, or pay for trail permits on training days. "That extra 20 minutes of light for practice is invaluable," said Dave Smullin, a coach for the Redmond Community High School Nordic Ski Club as well as the Mt. Bachelor Sports Education Foundation.

BEA, which runs an after-school ski program, also benefits from the club's activities. "The use of the trails which Meissner Nordic grooms is invaluable," said Ann Leitheiser, BEA Nordic program coordinator and development director. "We call Meissner our home for Nordic skiing and are so grateful to have these trails."

For the general public, the MNSC hosts Learn to Ski Day on Dec. 22, the Luminaria Feb. 8 and a Waffle Feed in March, date TBD.

"The Luminaria is by far the most popular event we put on," said Roti. "We light up the trails with candles in paper bags and one of our volunteers builds a snow dragon at the Meissner Shelter." Guests ski, snowshoe or walk the mile-and-a-half up to the Meissner warming shelter on the one night when the groomed trail is shared by everyone.

The club is also hosting its inaugural "No Frills Tons O' Fun Tour of Meissner," a 33-kilometer classic race at Meissner on Sun., Jan 5. "I love classic style skiing and racing, and there are no long-distance classic races for citizen racers in the area anymore," said Smullin, race coordinator. "The other thing I wanted to do was hold an affordable race; we are only asking for a $15 donation." Funds will be split between grooming at Meissner and the Oregon Interscholastic Ski Racing Association's Nordic High School ski league, which will provide timing. Registration is open until January 2.

Run by a nine-member volunteer board, Meissner Nordic relies upon financial donations and fundraisers to meet its $50,000 annual budget. "We get roughly 20% of our operating funds from corporate sponsors and 60% from about 1000 annual supporters who are skiers," said Roti. The remaining 20% comes from a donation box located next to the Meissner Lodge.