Reynolds charms with "The Adam Project"

It feels like a lot of the movies I've been writing about lately have been really heavy. Not necessarily depressing, but intense enough to feel like a mix between homework and heavy lifting. So this week I decided I was going to try to watch something that pressed all of my nostalgia buttons; something that would hopefully help me escape long enough to recharge my optimism and fill me with something approaching the wonder I felt while watching sci-fi movies as a kid.

That wonder I felt was mostly supplied by Amblin Entertainment, the production company co-founded by Steven Spielberg and responsible for stitching together the fabric of my childhood with movies including "E.T.," "Gremlins," "Back to the Future," "Jurassic Park" and "The Goonies." I know movies affect everyone differently, but I guarantee at least one of the movies I just mentioned hit you different. I think my entire life writing about movies has just been about chasing that beautiful feeling of astonishment those movies gave me.

Several movies and shows that have chased after that Amblin vibe, with varying degrees of success over the last decade and change, like J.J. Abrams' "Super 8" (which was actually produced by Amblin) or Netflix's "Stranger Things." Enter Ryan Reynolds' new science fiction/action/comedy, "The Adam Project," which goes after that feeling with such gusto and energy that it should have felt desperate, but instead is a charming and wildly entertaining adventure for all ages. 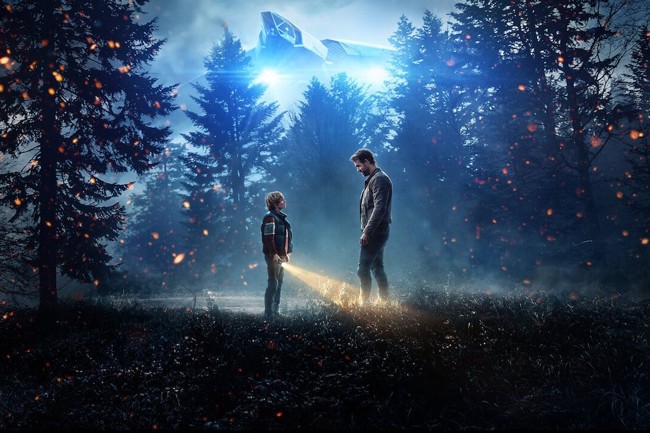 "The Adam Project" follows Adam Reed (Reynolds), a pilot in 2050 who (bear with me) steals a time jet and heads back to 2018 to rescue his wife, but accidentally crashes in 2022 and teams up with his nerdy 12-year-old self (played by the pitch perfect Walker Scobell) to save his love, be reunited with his father (the inventor of time travel) and protect the future from a possible dystopia. Yep, it sounds ridiculous, but Reynolds and director Shawn Levy give the film an uncynical warmth that feels part and parcel with those genre-defining Amblin films of the '80s and '90s.

Don't get me wrong, "The Adam Project" doesn't hold a candle to films such as "Innerspace" and "Arachnophobia," but there's a playfulness to it that seems lacking from most family films outside of Pixar nowadays. With awesomely charismatic supporting turns by Zoe Saldaña, Jennifer Garner and Mark Ruffalo, this feels like a fully lived-in world populated by people it would be nice to know.

The film isn't perfect by any means, as it has moments of clunky dialogue and a lackluster villain, but it gave me exactly what I was looking for when I needed it. Maybe that transportive feeling Amblin Entertainment and Steven Spielberg gave me back in the day is a dragon I'll always be chasing, but as long as films like "The Adam Project" keep trying to instill wonder in new generations and old children like me, then I'll keep searching for astonishment one movie at a time.