With indoor dining back, restaurants grapple with delivery apps and their costly policies

At the start of the pandemic, restaurants had to find new ways to serve customers without traditional indoor dining. Food service pivoted with outdoor seating, more carryout options and delivery. Now, after two tumultuous years, some restaurants and food carts are less than enthused to be a part of third-party delivery apps' platforms. 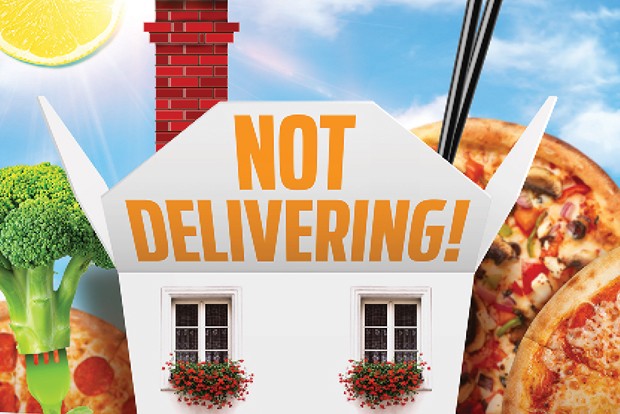 "We've used them, at times, and we had such terrible experiences using them that we gave up and just decided we didn't want to be enrolled anymore," said Sierra Phillips, owner of Bo's Falafel Bar. "But it didn't matter; we would still be displayed. And so people will place orders, and then they'll show up here, we get all the ire of the customers."

Phillips said it took a letter peppered with legal threats informed by her time working as a lawyer to get her restaurant off Grubhub, but at the time this article went to print it was still listed on Uber Eats and Postmates.

"I definitely opted out on the business portal, I unchecked us and did all that. We showed up for months after that, and I reached out and it took several escalating contacts with them of, 'basically I'm going to sue you if you don't stop doing this,'" Philips said. "It's kind of insane that they do that on multiple platforms. There's no one checking on them. There's no one you can call."

When restaurants do call, they say navigating the customer service process is time-consuming and rarely gets results. 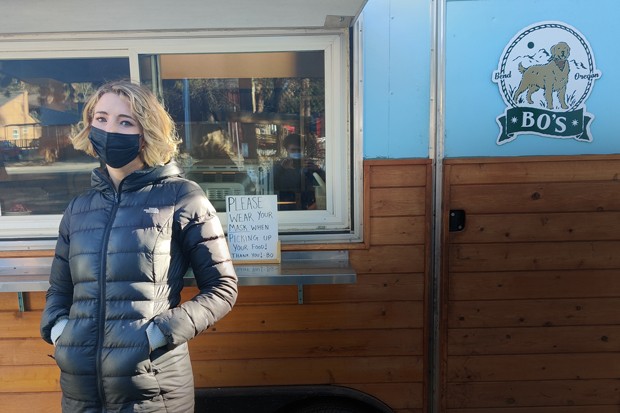 Vidinha (who, for the sake of transparency, is the Source editor's brother-in-law) says he can expect 10 to 20 drivers on weekends. Drivers who take the orders often have outdated information about the menu.

"I don't like the fact that they just went online, to my social media sites and my web page, and just made a menu on their web page without even me knowing—from stuff that was my specials that I did one time a year and a half ago," Vidinha said. "Everything else that I have on there that fluctuates, you know, my menu changes pretty much every day. And they make a menu and then people order it online, and stuff I didn't serve."

This is a frustration that's shared with drivers, who have to be selective of their orders to maximize earnings. 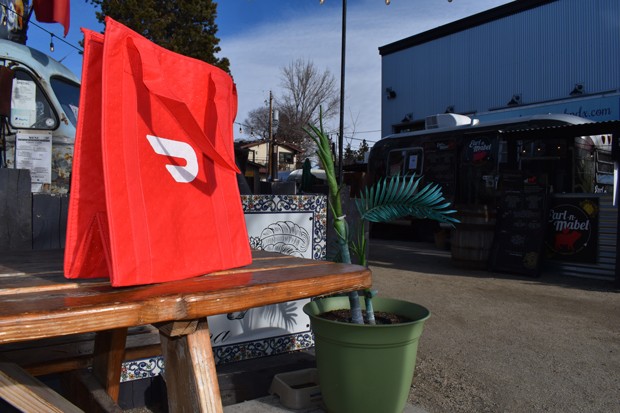 "For the most part the apps are accurate. However, I have had some pretty outstanding instances of trying to pick up food that isn't served," said a Grubhub, DoorDash and Uber Eats driver who asked to be anonymous to avoid being kicked off the platforms. "I was on the phone with DoorDash support for over 30 minutes, after which they canceled my order and paid me $4 for my time."

"It's just out of your control. You prepare the food, you put in care, you put in, a lot of thoughtfulness into preparing a meal for someone, and then it's up to the driver to make sure it gets there warm and untouched," —Sierra Phillips tweet this

Then there's the issue of quality control, which restaurant owners must sacrifice when handing their food to a delivery person.

"It's just out of your control. You prepare the food, you put in care, you put in, a lot of thoughtfulness into preparing a meal for someone, and then it's up to the driver to make sure it gets there warm and untouched," Phillips said.

All of these issues lead to frustration between the two workforces. Drivers are incentivized to get fast service, juggle orders, and as tipped workers themselves, are less likely to tip the people who serve them the food drivers then take to customers.

"I have some friends that work fast food and they say that gig workers are very annoying and their least-favorite customers because a lot of them are rude, and I've seen it firsthand. I always try to remain patient, but if an order takes too long I just drop it, I don't make a big deal of it," the anonymous delivery driver said. "A lot of times we get overlooked as arrogant, but we just have a job to do like everyone else. You have to be quick, punctual and efficient. Every minute, every mile counts." 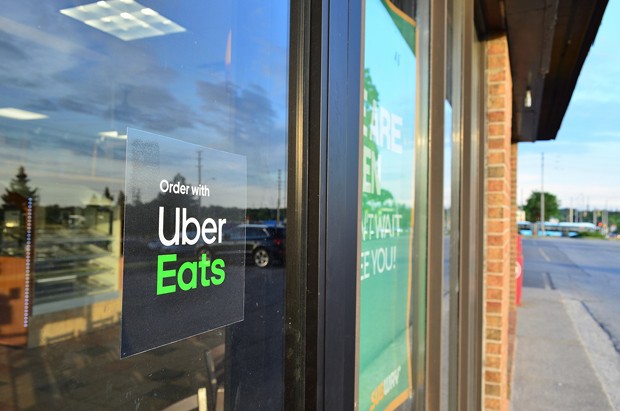 In December 2020 Oregon Gov. Kate Brown signed a law that capped delivery apps' commissions at 15%. The apps already operate on a relatively tight margin, and a Deutsche Bank analysis showed that after paying drivers, Grubhub made about 90 cents on a $36 order. Delivery apps try to recoup some of these losses by adding different types of fees, and displaying higher costs than the restaurant charges.

"The delivery fees are something that we want to make sure that in particular, restaurants are made aware of exactly what they're being charged," said Greg Astley, director of government affairs for the Oregon Restaurant and Lodging Association. "If a hamburger is $12 on my menu, but you're paying $34 for that, as a customer, I think you deserve to know as a customer, where that additional $22 is going and what it's paying for. It's not going to the restaurant to pay for health benefits for workers, or a tip for the employees, it's going for marketing and delivery fees for whatever third party delivery app that you've ordered from."

Typical commissions hovered around 30% before the law went into effect, and since they were reduced the apps seem to be finding new ways to charge for their service.

"Anecdotally, unfortunately, what we've been hearing is that some of the third-party delivery apps have kept their commissions at 15%. But then they've added, say, a 15%, or 20%, marketing fee, or some other such fee that gets around the cap on the delivery and commission," Astley said.

Drivers can make about $25 an hour during a dinner rush, without including expenses, if they choose their orders wisely. 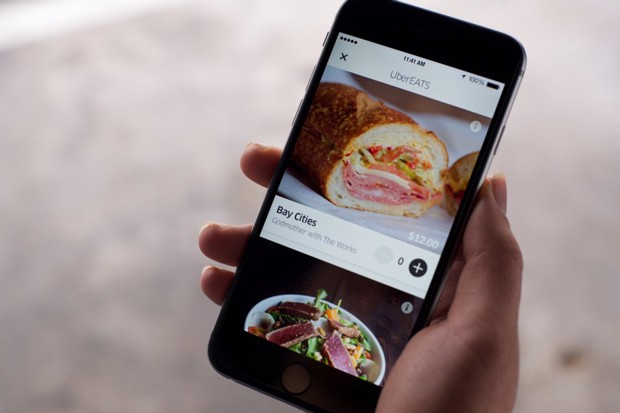 "DoorDash is very frustrating when it comes to pay. They try to hide high paying orders with low paying orders, but if I were to take every order that appeared below $8 my average would drop from $25 to around $15 per hour, so you actually lose money by accepting orders blindly," the anonymous delivery driver said. "However, DoorDash is the most popular platform, so it has the highest order volume, Grubhub the second highest and Uber Eats the lowest—although Uber Eats and Grubhub combined come nowhere close to the order volume DoorDash has."

Policies of delivery apps are being challenged in court across the country. A New York City firm filed a class-action lawsuit claiming delivery apps used monopoly power to overcharge both customers and restaurants. Gibbs Law Firm recently rejected a proposed settlement from Grubhub in a case representing business owners placed on the platform without their consent.

“Especially when restaurants were closed three times over the last 22 months by government decree, they didn’t really have any choice but takeout and delivery.”—Greg Astley tweet this

Drivers across the country are joining a class-action lawsuit alleging they were mischaracterized as independent contractors rather than employees. DoorDash, Grubhub and Uber sued New York City after it capped delivery commissions at 15%, and DoorDash filed a separate suit opposing a law that would require delivery apps to share customer data with restaurants. The result of these cases could impact how delivery apps operate.

The change in attitude toward these services comes after it was touted to be the restaurant industry's best hope of surviving a pandemic. But now, even with indoor dining back, delivery has become more popular with consumers.