Not So Fast | The Source Weekly - Bend, Oregon

Common sense would tell you fewer people driving on roadways would mean fewer traffic deaths, but 2020 traffic fatality data show the opposite trend occurring. Americans drove 13.2% fewer miles total in 2020 but fatal traffic accidents rose by 7%. In Deschutes County 31 people died in traffic crashes, the most in a decade, driven mostly by speeding, not wearing a seatbelt, impaired driving and distracted driving. The first Safe Travel Summit, hosted by the Bend Metropolitan Planning Organization partnering with the City of Bend and the county, will attempt to address the issues, guided by community feedback in a survey they will publish on Sept. 30.

"The idea behind the survey was to ground truth, information and advice from as broad of a base of residents as we could to help policymakers, elected officials, other community leaders decide what can be done about this," said Clark Worth, principal of Barney and Worth, the company contracted to conduct public education related to transportation safety. 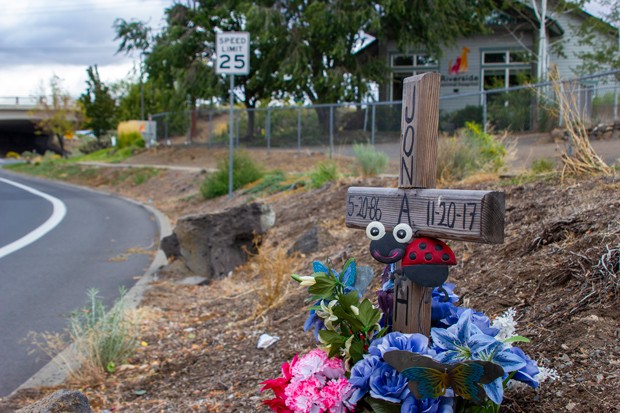 The six-question survey can be completed in about a minute. It asks where respondents are living, their quality of life, their top priority in vehicle safety, their idea of how important improving transportation safety is and how local officials can help. So far over 1,000 survey results have been sent back, and Worth says he expects a good deal more before the survey closes at the end of September.

"At the top of their list are, one, greater enforcement is the suggestion made most often and we've got hundreds of suggestions back," Worth said. "The second one is infrastructure improvements to protect bikes and pedestrians. And the third one is more public education."

Data from the last year suggest the nationwide increase of traffic fatalities are likely a result of reckless behavior, spurred by empty roads.

"Culture change will take longer than it would take for us to implement projects that prioritizes the safety of people who walk, bike and roll"—LeeAnn O’Neill tweet this

"There are data that shows that average speeds increased during 2020, and also more examples of extreme speeds," Worth said, noting extreme speeds are those exceeding 100 mph. "I think the data to some extent, proves interestingly, the risk factors exactly match the biggest problems that we have in Central Oregon."

Along with speeding, Worth said driving under the influence of drugs or alcohol and encouraging seat belt use is a top priority.

The survey faced some criticism from safe streets advocates, who believe it focuses too much on individual actions and not enough on safe street design.


"Bend Bikes in our newsletter took the position that these are the wrong questions to be asking because it's really talking about what can individual drivers do—but drivers will go as fast as the roads allow them to," said LeeAnn O'Neill, president of the Board at Bend Bikes, a grassroots nonprofit advocating for the safety of cyclists. "For us, it's really about design; if you want drivers to slow down you need to design the streets to slow drivers down."

O'Neill said this can be achieved in many ways, including speed bumps, chicanes, mini-roundabouts or narrow lanes of travel, depending on what's best for a particular roadway. In the last year she's heard stories from local cyclists that drivers became more aggressive, reaffirming her belief that design is the most important aspect of safe streets. 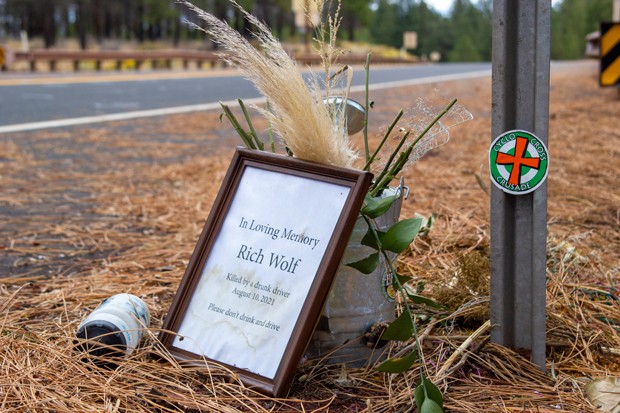 "Culture change will take longer than it would take for us to implement projects that prioritize the safety of people who walk, bike and roll," O'Neill said. "The idea that there's this campaign that's going to magically make everybody work within our existing infrastructure, it's not going to fix places where you've got a conflict."

"Particularly for pedestrians who are either seriously injured or killed, we know they're generally, for the most part, walking, usually on our multi-lane roadways, that's like our four- or five-lane roadways," Deke said. "People trying to get across those big roads is where we see disproportionate impact on people walking."

Though the Summit's aim is a better understanding of what Central Oregonians want for their roadways, Deke also said he hopes it can recruit safe streets advocates to continue the conversation.

"We're trying to find some champions within the community, for helping us with our safety messaging. Hopefully we'll be able to identify some folks that will help us continue to push this message over time, so that it's not just a one-and-done sort of discussion," Deke said.