Not Your Token Activist

Don't expect Rachel Cargle's two Bend appearances to teach you how to support people of color. Still, she may remind you what you already know

Activist Rachel Cargle will be in Bend two times over the next month—first, as a lecturer at this week's Muse Conference, and then as a presenter at TEDxBend March 30. Both appearances will center around a lecture she's given around the country, titled, "Unpacking White Feminism." At the root of Cargle's work: exploring the "intersection of race and womanhood." 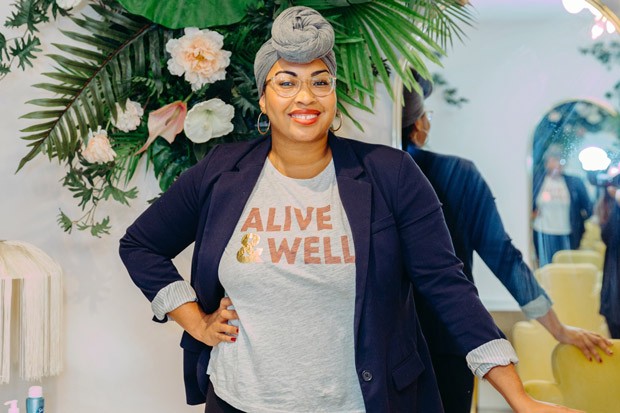 But if attendees of those events expect Cargle to teach them explicitly how to support black women in an effort toward equality, it might be time to adjust those expectations. In her writings—published in myriad publications including Harper's Bazaar and the Huffington Post—Cargle is clear she doesn't aim to be the voice of all black women. She's there to educate, yet not necessarily to offer answers.

"I say at the beginning of all of my lectures, I have to remind people that I'm actually lecturing, that I'm not a performer, there's notes to be taken, there's insights to be had, there's critical thinking to be done, and I hope that this conversation—if not a continuation—then is just the start of very deep, intentional looking at the way that race plays into everyday life in Bend," she says.

Cargle doesn't relish being a "token" black woman who goes about "rehashing history to glean empathy from those who have not taken the time to understand," as she wrote in a piece in the Huffington Post last year. She's sure most people already know the nation's racist history and already have tools they need to interrupt ongoing patterns of discrimination. Instead of rehashing, it's her aim to "create spaces for marginalized voices to speak on their own behalf," as she wrote.

In that Huffington Post piece, Cargle detailed how a photo of her and her friend, Dana, from the 2017 Women's March on Washington went viral and changed her activism. In the photo, Cargle and Dana held activist signs in one hand, the opposite hands raised, gripped in power fists. Cargle's sign read, "If you don't fight for all women, you fight for no women." Majority-white audiences largely heralded her appearance there, she wrote. Majority-black audiences, on the other hand, questioned why Cargle was taking part in an event that was largely centered around white feminism and its only-recent outrage, following the election of Donald Trump. Later, when the #MeToo hashtag went viral, many further criticized the women's movement as only waking up to outrage when white women were identified as victims. Thus, the quest to "unpack white feminism" and what it includes, and what it skips over.

Cargle detailed how the mixed feedback on the post made her feel "bold and motivated, yet silenced and misunderstood." The next year, she elected not to take part in the Women's March, opting instead to be an advocate and activist for black women in other spaces.

"I'm going to be talking about the racist history of the feminist movement and a lot of the modern manifestations of how that shows up today," Cargle said about her upcoming appearances in Bend.

These will be Cargle's first visits to Bend—a community she says she's already heard is a "white space." She'll be arriving at a time when conversations around race, privilege and bias have so recently bubbled up around the Bend City Council appointment, and in the wake of recent presentations around white privilege and white fragility in the community. On the Council appointment, local activists contend the Council underestimated the qualifications, experience and candidacy of a woman of color, Kerani Mitchell (who will also speak at Muse this week), while overestimating those of the white man, Chris Piper, who councilors ultimately appointed.

In keeping with her desire not to be the mouthpiece for solving all race issues, I didn't set out to make Cargle take a stab at solving our community problems. Still, her take on the situation was apt, saying, "I think it's going to take the leaders of your community stepping up and being intentionally inclusive and intersectional."