May 12, 2020
comment
Music brings people together. We haven't had it in the traditional sense over the last few months, but it's been great to see how the scene in Central Oregon has banded together to keep music alive.

One local band, Honey Don't, is taking its live streamed shows and using them as a way to give back to fans and the community. You may also recall that one half of Honey Don't, Bill Powers, has partnered with us throughout the pandemic to bring you the Source Weekly Home Concert Series. During non-pandemic times, he also runs the Storytellers Open Mic at The Commons in downtown Bend—a trend he has continued with a weekly live open mic via Facebook. 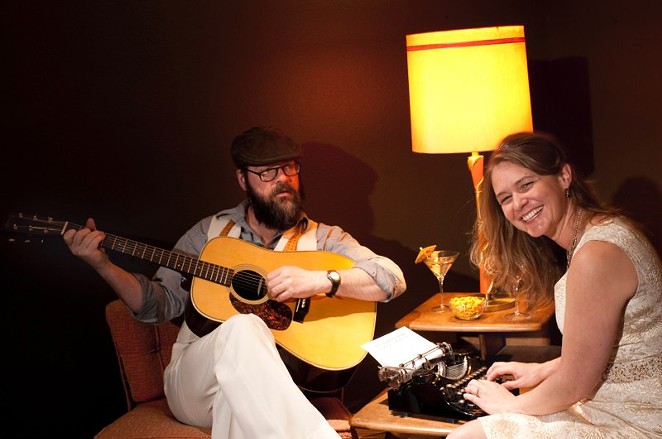 "It's been fantastic connecting with folks online," said Powers. "I know for myself, I miss the live, in-person thing a lot. A big part of playing music is finding personal connection through music. We're doing the best we can to fill that void right now. But it's far from the same."

Viewers tune in on Saturday and share the stream through their social media accounts to be entered to win brunchy themed prizes including hats, beer, cider and more. Those who don't care about winning a prize are still treated to a set of great music right from home.

"We just wanted to be bale to talk about these businesses and encourage folks to to support them," said Bill Powers. "It's a win-win for everyone."

The series also gives back by donating portions of the money raised during streams to the St. Charles Meal Mission, a program started by Eric Leadbetter that partners local musicians and restaurants like Dump City Dumplings, Big Ski's Pierogis, the Bleu Rooster and more, to feed the staff at St. Charles. People can send donations through PayPal (billpowers@honeydont.net) or Venmo (@bill-powers-27.)

Powers says they plan to continue doing Honey Brunches until the end of May. Their final show will be a socially-distanced live show as a full four-piece band.

Catch this Saturday's stream or others down the road on the Honey Don't Facebook page or at Bill Power's page. Shows start at 11am. To be entered into the raffle you must share out while the session is live.

If you want to be featured in our Home Concert Series, drop us a line at editor@bendsource.com.