War has come to the door

No one has anything to say. The army of the dead has amassed outside Winterfell and this fight is for all the marbles. No petty squabbles for land or power; instead, these men, women and children fight for the survival of the human race. 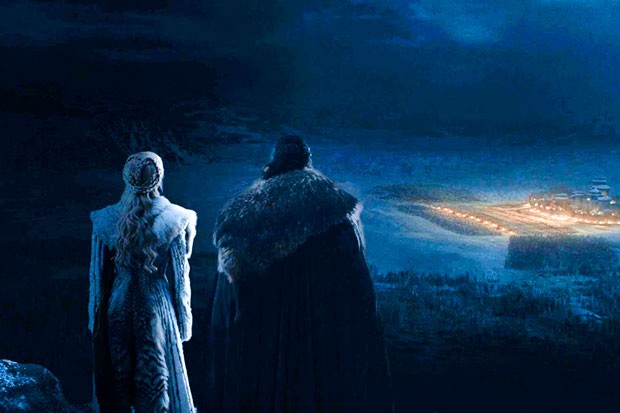 All the characters we've come to love have already said everything worth saying to each other last week. Long-held goodbyes and brief moments of pleasure and triumph were all they could offer each other. There's no point in any more words. Death has arrived and they stand ready, listening to the icy wind that carries no solace; nothing but the scent of the dead.

This week's "Game of Thrones" was stressful. Like, super stressful. My stomach hurt. When the creators said they spent six months filming a battle that would end up being the most sustained bit of war since 2002's "The Two Towers." I figured they were being hyperbolic. They weren't. Not even a little. The ebb and flow of The Battle of Winterfell is one of the finest examples of sustained intensity since "Saving Private Ryan" landed on the beaches of Normandy.

Characters we love went hard, but they died like they lived: fighting tens of thousands of zombies with their friends and family. While these last couple seasons have traded some of the show's earlier complexity for spectacle, "The Long Night" still manages to be one of the most harrowing episodes of television I've ever seen.

"Game of Thrones" is going out on its own terms, telling a story that at once feels unpredictable and also inevitable. We have three more episodes left in the series and I'm sure Cersei will ruin everyone's day with her insane quest for power and vengeance. She can't win though, because she's nothing compared with what the survivors have already been through

Speaking of Game Of Thrones, television