The Last of the Starks

The icy fog has cleared. The dead will be burned and our characters have a moment to mourn before preparations for the next battle must begin. They have a chance to feast, to laugh and to finally be legitimized in the eyes of their peers. No more bastards anymore. 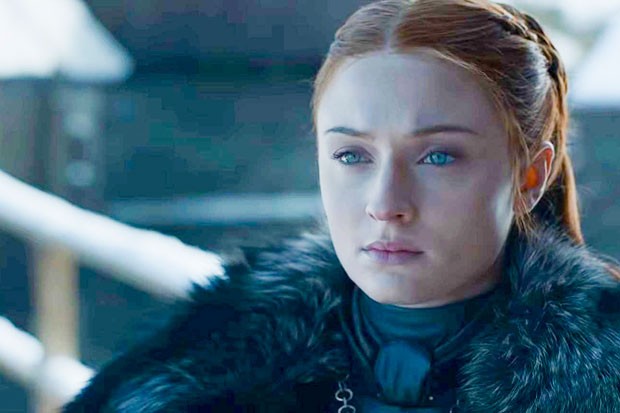 Arya Stark is the Hero of Winterfell, Jon already flirts with being a legend and Dany looks on with barely disguised envy. Tyrion, Brienne, Pod and Jaime play "Never Have I Ever" until too much unsaid gets spilled across the table. Love is declared, long awaited sex is had.

Dany is desperate for Jon to forget his parentage but it's unsure whether it's because of her desire for her nephew or the throne. None of this really matters until Cersei Lannister's head is removed and someone mildly less despotic sits on the pointy iron seat.

This week's episode is mostly focused on setting the table for the final few hours of the series, with all the important folks headed toward their final positions. Jon makes a few extraordinarily poor choices before everything goes to hell in a terribly inconvenient naval battle.

Dany has her foot on the line and she's about to step over it, ready to murder everyone in King's Landing to get her hands on Cersei (who is now a sneering and completely evil cartoon villain with no shades of Grey(joy).

I'm looking forward to the books again since I know so much of the rushed character choices will make more sense when we get POV chapters of Jaime, Bran, Jon, Dany and Cersei. This is the first time where it felt to me like Benioff and Weiss are ending the show here because they're ready to move on, not because the story was reaching its proper conclusion.

It's all very fun to watch and deliciously written—but imagine how much better this would be with more than just a couple episodes of build-up and only two episodes left. Still, it's better than most other things.

Speaking of Game Of Thrones