Now Their Watch Has Ended

This final season of "Game of Thrones" has been divisive to say the least. With fans starting petitions for HBO to "try again but better this time" and even members of the cast speaking out about their disappointment, it's easy to see why. But, aside from a few massive and sloppy continuity errors and the entirety of this season and the last feeling rushed so the show runners could get started on the new "Star Wars" series Disney has hired them for, everything ended almost exactly where the beginning of the show led us to believe it would. 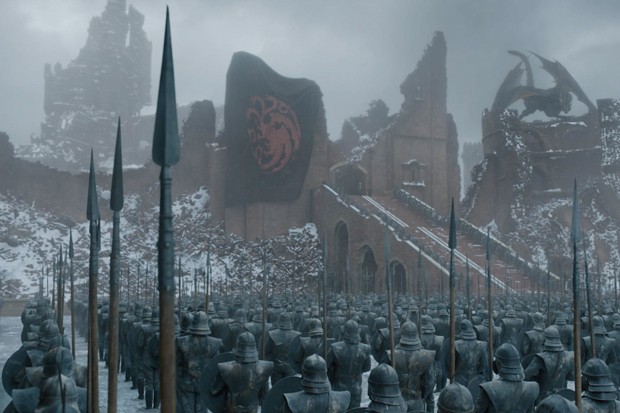 For me, the biggest surprise isn't necessarily any of the story choices, but the fact that the show ended in the way that most epic fantasy sagas do: without much of a shakeup. George R.R. Martin created "The Song of Ice and Fire" not just as a way to satisfy his love of medieval history and the War of the Roses in particular, but because he wanted to subvert the tropes of high fantasy in general. The grim fate of Ned Stark and the Red Wedding are perfect examples of that, but those were many years ago and "The Iron Throne" didn't do much to continue that brutal trend of storytelling.

In fact, mostly all of the characters we've come to love not only end up with happy endings, but also living their ideal lives. Jon Snow is once again the Prince of Sacrifice and Dany had her moment of triumph cut short, but they were always the doomed lovers. The way things shake out for Tyrion, Sam, Bronn, Davos, Arya, Brienne and almost everyone else is almost an idealized future that a fan would write on their Livejournal.

While "Game of Thrones" does a lovely job thematically ending the series, we leave all of our characters looking toward a future they'll have a hand in shaping. There's no sense of an ending for the Starks, as they're all about to embark on what's probably the most interesting part of their lives so far. So, we leave Westeros as we found it: in the middle of some serious changes. Too bad we won't be around to see them.