Well, Governor, we also have fewer horses and bayonets because the nature of our military’s changed. HA! 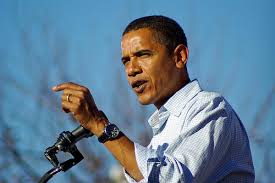 In case you missed it, President Obama really handed it to Willard Romney (that's his real first name) in the third and final presidential debate last night.

Most pundits agreed this morning—Obama was the clear winner of the final debate. The President was well-prepared and even combative as he challenged Romney from the start—a far cry from the Obama we saw in the first debate in which he was accused of appearing weak and distracted.

There were a number of highlights last night, some that could even trump Romney's  "binders of women" comment from the last debate. But Obama's "battleships and bayonets" moment was MONEY and will be remembered as one of the best quips of this election cycle.

Here it is. Obama really gets going around the 18-second mark.

It's doubly great with the split screen because you can see the "oh-shit—I just got my ass handed to me" expression on Romney's face. There's also an audible cheer from the crowd after the President is finished speaking, which is uncommon, but it highlights the awesomeness of the moment.

"Well, Governor, we also have fewer horses and bayonets because the nature of our military’s changed. We have these things called aircraft carriers where planes land on them. We have these ships that go underwater, nuclear submarines."