Of Pandoras and Other Moths | Natural World | Bend | The Source Weekly - Bend, Oregon

Of Pandoras and Other Moths

An outbreak of Pandora moths, when they weren't expected

By golly, this is a strange time for Pandora moths to pop out of the woodwork—er, soil. They were here in grand numbers back in 2017, and it's usually five to 10 years before they appear again. Must be climate change; something is taking place around us that's favorable to this species. 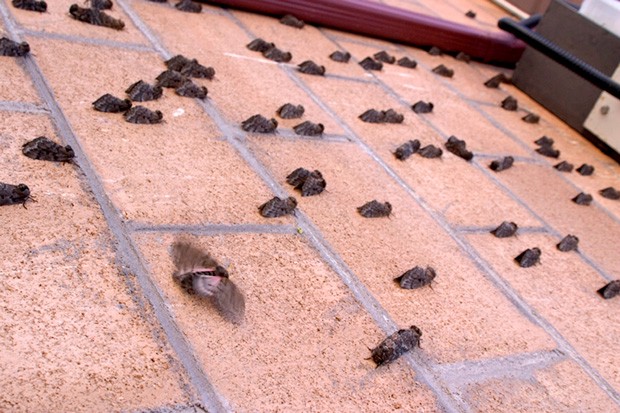 Meanwhile, another species is on the rampage. Over on Green Ridge, near Sisters, white Satin moths are defoliating the aspen trees, the adults making it appear as though it's snowing in July.

In past times, Pandora moths were known as a forest pest, defoliating pines about every 20 years—which ruined the attempts of foresters to grow timber.

But the Native people of this region looked at them very differently. They harvested, stored and ate the larvae of these delicious moths, and as far as I know, some families still do. People collected larvae just before they were ready to pupate, before the moths began their July migration from the high green boughs to the forest floor to pupate in the soil.

They're gathered by hand once or twice a day, temporarily stored in trenches in the ground. The larvae are then roasted in fire-heated sand for 30 minutes; the sand not only cooks the insects but also serves to remove the fine hairs—setae—from their bodies.

Stored in a cool and dry place, they keep for at least a year and perhaps as long as two. The dried larvae—known as piuga—are reconstituted before consumption by boiling for about an hour in plain or salted water.

This reminds me of the time I spent living with an Aboriginal family on a billabong near Darwin, Australia, years ago. My host's 14-year-old daughter, Daphne, teased me as she was chomping down on the roasted wood-boring beetle larvae she'd dug out of a eucalyptus. I still get a funny feeling in my tummy thinking back on those interesting times.

What goes on inside that cocoon after the Pandora caterpillar drops to forest floor and buries itself in the soil is one of the miracles of nature. tweet this

I don't know if you've ever given any thought to the process of metamorphosis—when the Pandora moth larva builds the outer shell, it will change inside from a wiggly caterpillar to an adult insect that has the ability to fly and mate. (In butterflies, the shell is known as a chrysalis; in moths, a cocoon.)

The adults emerge, and as they age, their calendar of life triggers the recognition of sex, and the females begin to put off a perfume known as a pheromone—chemicals capable of acting like hormones outside the body of the secreting individual, to impact the behavior of the receiving individuals.

Adult male moths go nuts over it, and can sense it from several miles away, especially if there's a breeze. When I was a kid on my grandfather's farm in Connecticut, I woke up one summer night in the upstairs bedroom to the sound of soft thumping on the screen of the open window. I discovered a Cecropia moth outside, acting like it wanted to come in the bedroom. I went and woke up my Uncle Ben, a naturalist.

Throwing the sheet off himself, he said, "I don't believe it!" I had to jump out of his way as he leapt out of bed and ran into my room. He turned to an old bureau, pulled the top drawer out, removed a cigar box, lifted the lid and out flew an adult female Cecropia moth. 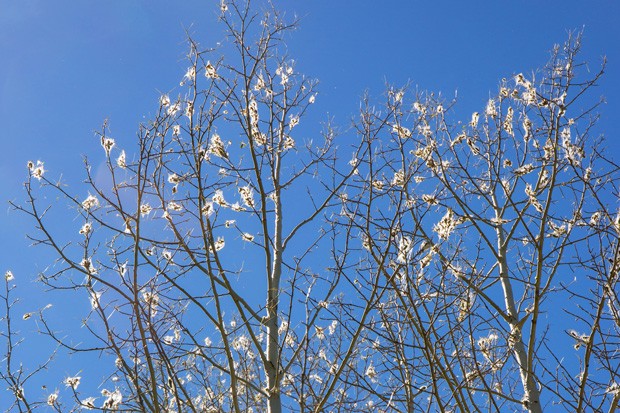 Yep, you guessed it. Her pheromones had drifted out of the cigar box, out of the bureau and out of the house to get the male moth all fired up. Ben stood there, exclaiming how he had collected the cocoon that fall on a trip into our kitchen garden.

As for the Pandora moth, you won't find Pandora moths in just any old place; they need the loose soils of a Ponderosa pine forest to make it from caterpillar to adult moth. Other soils won't do. What goes on inside that cocoon after the Pandora caterpillar drops to the forest floor and buries itself in the soil is one of the miracles of nature. And speaking of soil, Once the caterpillar buries itself to the right depth in the soil, it spins a silken blanket around itself and then dissolves into kind of a green soup—but is still alive. The soup then begins to slowly reform into the adult insect.

Lying there in the ground for several years, it goes from an animal with only stubby little legs to get around on, a mouth that's formed to munch on pine needles and with a gut to digest them, and changes into the adult insect with three body parts, a whole new breathing apparatus, wings and a method to reproduce. With all that's going on in our environment today, I hope this cycle will carry on long after we've gone out among the stars.