Offer perspective on the future of the Deschutes River | Outside Features | Bend | The Source Weekly - Bend, Oregon

Offer perspective on the future of the Deschutes River

Oregonians have a few more days to weigh in on the future of one of Central Oregon's most vital resources: the Deschutes River. 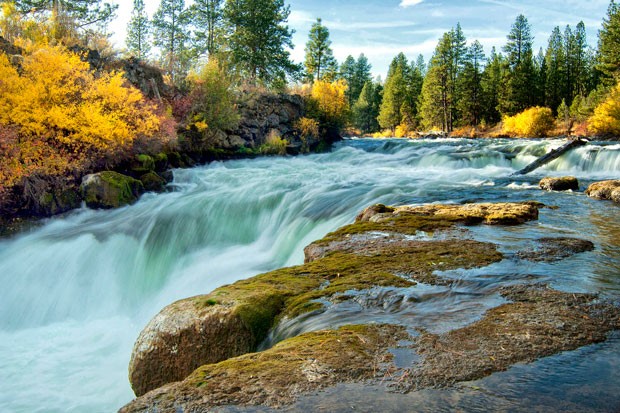 People have through Monday, Nov. 18 (update: the deadline has since been extended to Dec. 3, 2019) to share their thoughts on the U.S. Fish and Wildlife Service's Deschutes River Basin Habitat Conservation Plan, now in its final draft stages. The Plan takes a look at irrigation on the river and its tributaries, and aims to balance the needs of farmers and irrigators with wildlife negatively impacted by the annual up-and-down flow of the river, due to irrigation.

Advocates for a healthy river, including Central Oregon LandWatch and 30/30 for the Deschutes, argue that there's enough water in the river for all—but that local irrigation districts are wasting water. Central Oregon Irrigation District has engaged in a canal piping project aimed at increasing efficiency—but river advocates say that's not enough, and that it doesn't help keep stable flows in the river itself. According to a statement on LandWatch's website, "COID advocates use over conservation. That is not to say that all COID patrons want to waste water. Actually, a growing number of them have made it clear that they would like to lease their water to the River and NUID farmers, but COID is currently preventing that."

In particular, 30/30 and LandWatch argue that water trading and sharing among irrigation districts could be part of the solution, and that the current plan doesn't raise river stream flows enough to support species protected under the Endangered Species Act, including the Oregon Spotted Frog.

Comment by following links at the last two sites mentioned above, or at the Federal Register:
federalregister.gov/documents/2019/10/04/2019-21631/draft-environmental-impact-statement-and-draft-habitat-conservation-plan-receipt-of-applications-for