Reflections on the deadliest pandemic recorded in human history

Several years ago, I heard a tragic story of a young child from Simnasho living on the Warm Springs Reservation who died from bubonic plague; it got a lot of people's attention.

The story I heard was that her pet house cat killed and carried a Belding's Ground Squirrel into her home. A flea from the rodent, infected with bubonic plague, aka Black Death, bit the young girl, giving her the plague, and the medical community somehow missed the symptoms.

Then, in 2015, medical authorities in Oregon confirmed another case of the plague in a teenage girl who was believed to have also contracted the disease from a flea bite.

State and local health officials in Oregon said they thought the girl got infected during a hunting trip on Oct. 16 near the Blue Mountains in the northeastern region of the state. She fell ill on Oct. 21 and was hospitalized days later, and the last I heard she survived after being in intensive care in the hospital for some time.

The Black Death was the deadliest pandemic ever recorded in human history. It resulted in the deaths of between 75 and 200 million people in Eurasia and North Africa, peaking in Europe from 1347 to 1351. The disease was caused by the bacterium Yersinia pestis, spread to humans by a flea living on the host animal.

Today, right here, right now, that same plague is with us, carried here by rodents, and rats specifically.

Back in the 1300s, as Europeans were in the process of discovering who else lived on our beautiful old Planet Earth, they began building their ships larger and larger, capable of staying at sea for long periods of time.

But, living conditions in the cities of the period were not as hygienic as they are today. Streets were filthy. Human waste was common around the living quarters. Only the noble and the rich had homes that were clean; they could afford hiring people to keep them that way.

One wild animal took advantage of those rough living conditions and moved right in with the people — the wild rat, a rodent of magnificent talents. It came with the common name, Black Rat. But when science got going and started classifying animals, it became known as Ratus, specifically Rattus rattus, or when the Scandinavians studied it, Rattus norveignnus. 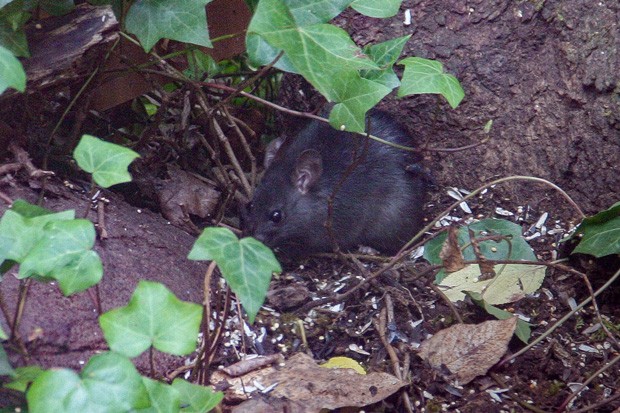 And the one thing rats love to do is find new places to live and new sources of food. To do so, they moved into the huge sailing ships by running up the thick ropes holding the ships to the docks.

When the ships pulled into new ports, or just sailed up the rivers to new lands (perhaps like the ancestors of Leif Erikson, who sailed up the Mississippi River way ahead of the so-called discovery of the North American continent by Christopher Columbus) the rats went along, and many of them became the first European residents of what would become the United States of America.

Those rats shared their infected fleas with the native rodents of their new homes, and today, those same native rodents are recognized by public health officials as carriers of the plague.

Thankfully, we have owls and other raptors, along with mammalian predators that consume rats and other rodents with relish, keeping their numbers low enough so as not be a social or health problem for you and me.

This subject has been uppermost in my old noodle because of the move my wife, Sue, and I just made from Sisters to The Swamp, otherwise known as The Willamette Valley, and Eugene in particular.

The first thing we did when we settled in this small studio apartment we're in, waiting for our home to be built near our son's place, was to install a small water feature and put up a hanging bird feeder.

To help things along, I placed a wonderful mix of bird food on top of the fence between the apartment and the place next door, which immediately was plundered by native Gray and Douglas tree squirrels. This in turn attracted Black-capped Chickadees, both Scrub and Steller's jays and just lately, a couple of Red-breasted Nuthatches, all well and good.

But then, without warning, a large dark rodent appeared through a hole in the bottom of the fence and caught my eye. Both Sue and I went to work trying to photograph it, but our 7-year-old granddaughter, Jane, finally got it — a rat!

It boldly emerged during broad daylight to investigate the spilled bird food. Why haven't we seen them east of the Cascades? Too difficult for them to get through the snow or no cross-country skis of canteen...?

Sure, Eugene is a long way from the Oregon Coast, where ships pulled in from around the world, but don't ever underestimate the talents of rats to travel globally, whenever or wherever they want to.