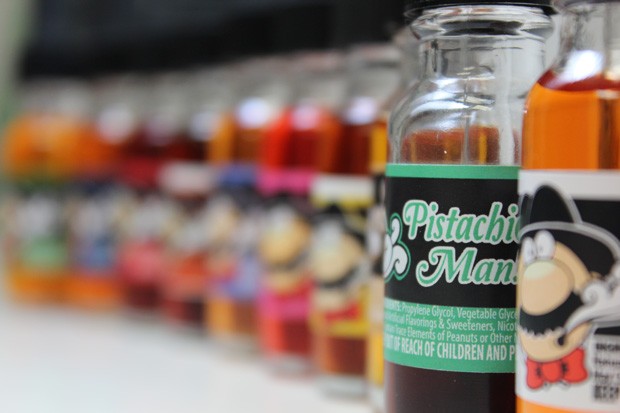 The move comes after numerous serious lung illnesses reportedly related to vaping put dozens of Oregonians in the hospital, and killed two. Nationwide, more than 1,000 people have been hospitalized, and at least 29 people have died, reportedly from lung illnesses caused by vaping e-cigarettes. Other states, including New York, Michigan and Rhode Island, have issued temporary rules banning vaping as well. One of the first fatalities in the country was linked to an Oregon man who vaped THC purchased from a licensed marijuana retailer.

Not all vaping oils or products are subject to the OLCC's temporary ban. Rather, the ban is restricted only to flavored tobacco and marijuana vaping products, whether the flavor is added by natural or artificial means. Marijuana products that only contain marijuana-derived flavorings, including terpenes, are not included in the ban. The OHA's bulletin said the ban covers flavors "including, but not limited to, chocolate, coffee, cocoa, menthol, mint, wintergreen, vanilla, honey, coconut, licorice, nuts, fruit, any candy, dessert, alcoholic or non-alcoholic beverage, herb or spice."

The OLCC issued the temporary rules on Oct. 11 and has said that retailers found to be in violation will receive a warning letter for the first offense. Retailers that do not heed the warnings could face $500 fines, per day, per violation, with a potential for license cancelation if dispensaries don't comply.

The OLCC ban comes after rules were issued by the OHA ordering doctors to disclose hospitalizations that could be related to vaping illnesses. Doctors routinely follow a blanket rule to report illnesses or injuries that could affect the public at large, but the specific order related to vaping was meant to clarify the issue for physicians.

While no one is sure what is causing the lung illnesses, back on Sept. 11, OLCC Executive Director Steve Marks issued a directive to marijuana licensees to pull from their shelves any vaping products with Vitamin E oil, "tocopheryl acetate" or "alpha-tocopherol." Marks said these additives are one of the targets of investigation by the Centers for Disease Control and Prevention public health officials across the nation. Marijuana licensees are required to list all ingredients on their labels (including those for vaping), and the OLCC had not knowingly approved the sale of any products containing those additives. Marks also advised those retailers who had undisclosed additives in their vaping products to notify the OLCC immediately.

The ban took effect Oct. 15, and will last for at least six months. Brown also ordered the Oregon Legislature to consider a permanent ban during the next session.