Old industrial neighborhoods will (eventually) get a facelift

May 26, 2020
comment
The plan to revitalize Bend’s urban core surpassed another hurdle during the May 20 Bend City Council meeting. The Core Area extends about three blocks both east and west from NE Second Street. The north end of the core almost reaches the Riverhouse on the Deschutes and stretches south just beyond Crux Fermentation Project. 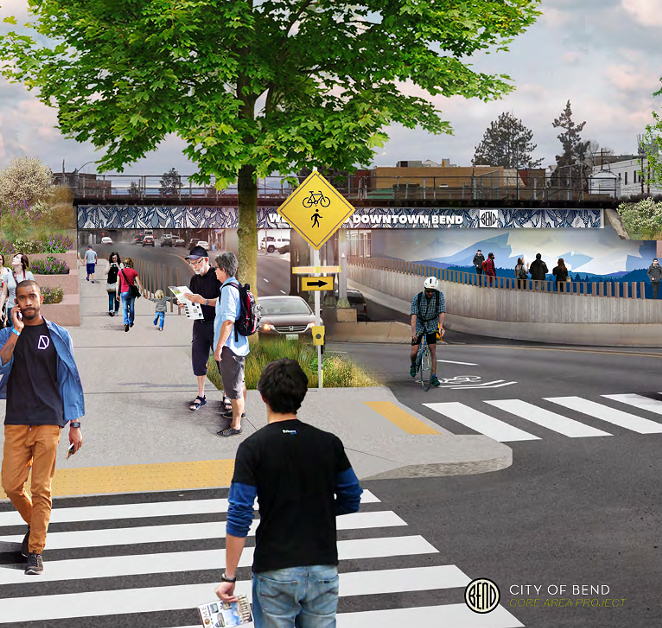 City Councilors adopted the plans contained within the Core Area Report—a colorful and informative read for anyone interested in inspired visions for Bend’s future. A dedicated group of 17 members of the Urban Renewal Advisory Board have met regularly with city staff since early 2019 to craft the report. Now city staff can begin to act on it.

The City Council acted as the Bend Urban Renewal Agency for the vote, and accepted the new plan for property tax collection within the area by way of tax increment financing—meaning once things get going with investments in new stores, restaurants and apartments, all of the new property taxes will get pumped back into the area. This could pay for everything from subsidized affordable housing to public art projects.

The next steps: The City Planning Commission will hold a public hearing where people can testify for or against the project or write emails. City staff will also make presentations to all the groups that will be affected by the new taxing plan. The Deschutes Public Library and the Bend Park & Recreation District, among others, will need to decide if they are OK forgoing most new tax revenues from the area for a while in order to bring in a whole lot more down the line.