Old Is The New Black

Old Is The New Black

What are your thoughts on women who are involved with much younger men? A friend who's my age, 58, is dating a 23-year-old guy. She started seeing him when he was 18 and refers to him as her "husband." I went on a day trip with the two of them, and it honestly felt like we had a child in tow. He whines and pouts to get his way, feels a need to one-up everybody in conversation, and says and does weirdly inappropriate things (like skipping through a graveyard and talking openly about his sexual prowess). They profess their love to each other often, and I guess if it's working, it's fine, but I just don't get it. 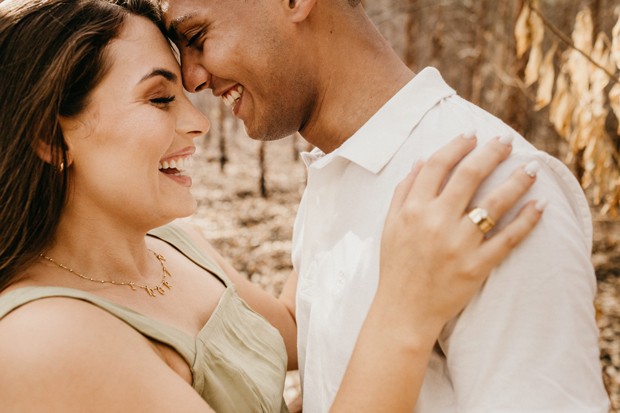 Dating somebody 40 years younger can make for awkward silences at dinner parties, like when somebody asks one's boyfriend, "What were you doing on 9/11?" and he says, "Um, teething?"

Of course, there are some constants in life, and one of them is how men, no matter how old and geezery, are most attracted to women in their early 20s. (Think Hooters hiring pool and 70-something grandpas with self-inflicted whiplash.) Women, on the other hand, tend to go for slightly older men throughout their lives, until they're in their 70s, when they dip down a bit — though typically a handful of years, not four decades.

However, within every "men tend to" or "women tend to," there are individual differences; for example, a woman bumping up against 60 who's dating a guy who probably remembers preschool like it was yesterday — because it kinda pretty much was.

Older women who date downward in age eight or more years (or try to) get called "cougars," sneering slang for sexually hungry older women hunting for younger man prey. The term is said to trace back to the Vancouver Canucks hockey team in the '80s: the players' label for older, single, hetero female groupies who frequented their games and tried to score sex with them. However, "cougar" didn't go wide till 2003, when Demi Moore, at 40, started dating the 15-years-her-junior Ashton Kutcher, then 25, whom she later married and divorced. There are now cougar reality shows, dating sites, blogs, and books, and there have even been cougar beauty pageants.

This makes it sound like there are hungry cougar-inas lurking around every corner. However, an analysis of census data by public policy researchers Zoe Lawton and Paul Callister in 2010 suggests the extent of this is "exaggerated by the media." They likewise suspect (and more recent survey data bears out) that the number of these older woman/much-younger man couplings that turn into long-term relationships is "considerably smaller" than those that wind up as short-term flings.

Younger men are sometimes a workaround for older women experiencing a man famine: a shortage of men close to their age, who tend to date younger women. But a younger man can be (or turn into) a preference — maybe because he's more fun and makes an older woman feel young again and probably because he's a sex machine that does not require pharmaceuticals or batteries. A much-younger boyfriend is also a status symbol of sorts, showily breaking the mold of being a sexually ignored aging woman. And maybe, just maybe, there's sometimes a connection that makes the guy's age and any related incompatibilities unimportant — sometimes because an older woman is secure and happy enough on her own that she doesn't require a man to be a human Costco to fill her every need.

The fact that your friend's been with this guy for five years suggests this is more than a Boytoys R Us phase. Ask her what she sees in him, and listen with an open mind. You might find your way to a little more compassion and understanding. That said, it's probably best to avoid being around the two of them and instead see her alone, because, well, adulthood can be overrated — except when you want to have a conversation. Even if you never quite get what the attraction is, you might just resolve to be happy that she's happy. She's having fun; she's in love at nearly age 60; and sex for her is smokin' — and not because her partner's pacemaker catches fire midway through.