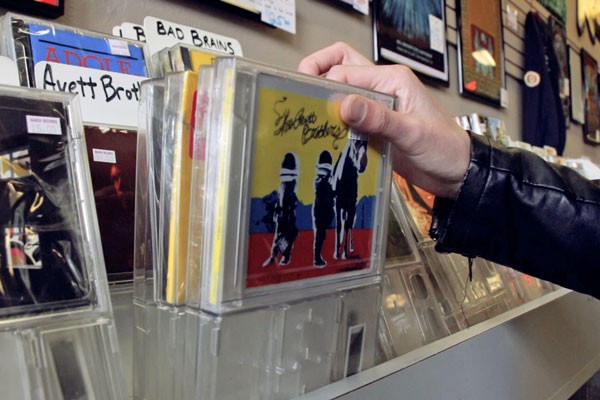 Some may consider newspapers, paper-bound books and record stores a thing of the past. Fortunately for us, newspapers are still printed (whew!), books are still read and, thanks in part to the resurgence of vinyl records—the local record store lives on.

In celebration of that nostalgia—and music—Record Store Day started in 2008 and continues to this day. Bend has two local record stores, Ranch Records and Recycle Music, where celebrations will commence on Record Store Day, Saturday, April 21.

John Schroeder moved to Bend in 1982 and managed a record store called Rising Sun Records. Over the following 10 years, Schroeder would try other jobs, but 22 years ago, he bought Ranch Records. The store has had three different locations, but has found a home on Oregon Street in downtown Bend for the last three years.

"It's hard to say where the music industry will be in the next 10 years, but people are wild about vinyl right now," Schroeder says. "It's exciting and new to some, nostalgic for others. People love the warmth and fidelity of the sound of a vinyl record."


"There's room for people like us, for newspapers, for books. The love of music is what brings people in here." John Schroeder tweet this

According to Schroeder, Ranch Records may not have remained open without the resurgence of vinyl. The store has always carried used vinyl, often harvested from abandoned record collections. Now, the rise in popularity of vinyl has prompted the industry to start producing new vinyl again. Half of Ranch Record's business comes from sales of vinyl records.

Record stores have always had to share the market with everything from other record stores, to big box stores carrying CDs and now to streaming services.

"There's room for people like us, for newspapers, for books. The love of music is what brings people in here," Schroeder says.


Ranch Records uses Record Store Day for customer appreciation, including coffee and donuts as well as exclusive music provided by the music industry.

"It's a special day," Schroeder says. "It honors the old ways. It's a celebration of things that have been around a long time."

For Record Store Day, customers line up in advance of their 8am opening. Schroeder and his staff make sure the first couple people in line get exactly what they want, pulling albums customers want before the doors open.

Music lovers rejoice on Record Store Day because it means limited edition, Record Store Day exclusive albums hit the shelves. Ranch Records put in their order, but Schroeder says that just because they ordered 10 copies of a certain album doesn't mean they'll get all 10.

"There's some Jimi Hendrix, some Pink Floyd, some Bowie," Schroeder says. "For Record Store Day, there are 300 titles and we try to pick and choose. The thing about limited edition, you order what you think you can sell and add a little bit. It's kind of a mystery box."

In the past, Ranch Records has featured performances from local bands, including Larry and His Flask, on Record Store Day. This year, Schroeder says they won't have live performances, but he encourages people to come out May 1 for their anniversary party, which will feature live music.