On Growing Up and Growing Old | The Source Weekly - Bend, Oregon

On Growing Up and Growing Old 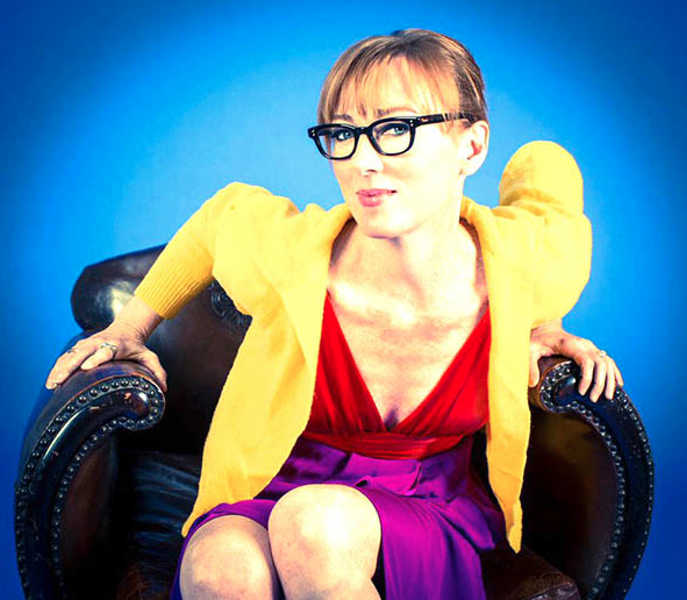 I've loved Jonatha Brooke since I was 12 years old.

I'm not sure what it was about her delicately crafted pop songs and her veneered emotive voice that appealed to an awkward seventh grade girl whose music collection consisted mostly of what I pulled out of my parents jewel-case CD rack and 12 of the 13 then existing "NOW That's What I Call Music" pop compilations.

Surely it wasn't that I could relate to her songs about love and loss in any meaningful way, no more than I could relate to Natalie Merchant, Sarah McLachlan or Sheryl Crow, artists that Brooke is often lumped into the Lilith Fair, lady-power genre with and who I found myself surrounded by, blaring from my mother's car stereo. But there was something about Brooke. Her causal style seemed more realistic than a shiny N'sync album, and after I saw her at the Bumbershoot Music Festival in Seattle in 2002, I immediately went home, restrung my hand-me-down guitar and learned two of her songs.

Brooke remembered that gig instantly when I spoke with her as she boarded a flight out of LaGuardia, "That was right before I got married and all our gear had been stolen the night before. We rented and borrowed what we had. We thought, 'We're the real deal, we can do this and kick ass anyway.'"

But as impactful as those songs once were, I put them on the shelf a decade ago. In fact, I hadn't listened to or thought of Brooke or her music in a decade until the announcement of the "Voices" singer/songwriter mash-up at the Athletic Club of Bend.

Digging back into Brooke's music was a nostalgic trip, and talking with her and getting a wider angle view of her career was fascinating. Never hitting it big in a traditional sense, Brooke went from playing straight out of college in the duo The Story to a burgeoning solo career in the early '90s, only to be dropped from MCA Records during the middle of her national tour for the 1997 album, 10 Cent Wings. She started her own record label, Bad Dog Records, about the same time that Ani DeFranco famously was doing the same and became one of the first independent artists to embrace an exclusively DIY model and to utilize the internet to connect with fans.

But that was seven solo records ago. Brooke's most recent endeavor has been writing, producing and staring in the one-woman, off-Broadway show, My Mother Has Four Noses, a musical about caring for her ailing mother as she suffered from cancer and Alzheimer's.

"This is my left turn," said Brooke of writing musical theater. "It's like the hula dolls where you can press the bottom side and they drop, then they come right back up again. I have an energetic stamina. I don't like repeating myself."

Brooke's approach is innovative, sweet, and sad, and the result is an ode to her mother's humor and eventual passing, a bizarre and simultaneously hilarious tragedy. "Time" a song written on the Kalimba, a tiny thumb piano, about not being ready for her mother's death that had me in tears instantly. The album and play document yet another life experience that is just out of my reach.

"There's not a dry eye in the house when I play that," said Brooke. "There were these incredibly beautiful and funny things about my mom. We had this incredible rapport and she always said, 'We've gotta make a play out of this. This is good stuff Jonatha, write it down.' That was my instinct. I wasn't sure what form it would take. It was bigger than a record and that it needed to be theater in it."

After a successful run and tour of the play, Brooke is now working on three additional theatrical projects.

"I'm on top of the world that this is my new gig, but it's terrifying because my life has been making records and touring for 25 years. To me, it is a strange new beginning."

"Voices" a celebration of singer songwriters