On His Own Again | Sound Stories & Interviews | Bend | The Source Weekly - Bend, Oregon

On His Own Again

Almost a decade ago, singer-songwriter Jacob Miller boarded Amtrak's famous Empire Builder line with a one-way ticket headed west. With a population of less than 1,000, Miller left behind the small-town life of Eden, Wis., with his suitcase and a Fender Jaguar guitar in hand. With no real plans other than striking out on his own, he spent a year in the Pacific Northwest before taking to the road again—this time with a goal of delving deeper into traditional American music while hitchhiking from place to place, working odd jobs on farms and discovering himself. 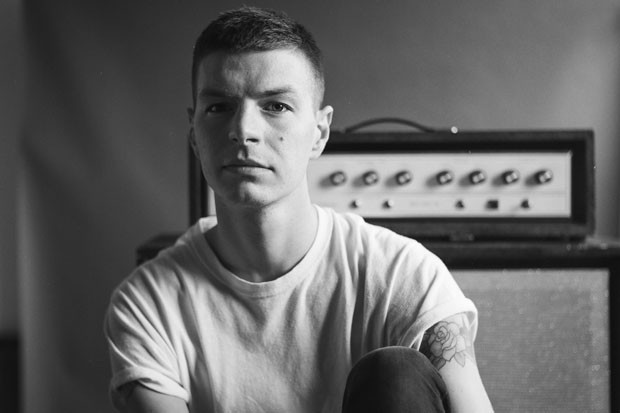 The road led Miller back to Portland, where he decided to stay put. Soon thereafter, he started an old-time band, Jacob Miller and the Bridge City Crooners. Playing a blend of jazz, country blues and jug band swing while pulling influences from '60s soul and early rock, the six-piece spent some seven years together recording albums, touring the country and abroad, and making audiences dance everywhere they went.

As the band took off and its fan base grew, making music with the Bridge City Crooners, for a time, "felt like my 'life's work,'" Miller says. But playing music rooted in the past didn't scratch all the itches of a 20-something songwriter living in the present. Seeking a new path to express himself, Miller and the band announced they were calling it quits in the summer of 2017.

"The transition was intimidating after doing the Crooners for so long," Miller says. "That group was an ideal vehicle for a good time, and not so much one for me to write about my own struggles or life."

As the Crooners amicably split, Miller immediately began penning the tunes that would appear on his three-track folk pop EP Lifted, which was released on Halloween day 2017. "The songs on the EP are quite melancholy," he says, but illustrate Miller's modern sensibilities and an intimate side of his wonderful voice. Visiting "ideas of heartbreak, personal struggle, and spending intentional time with loved ones," the new music combines "two opposing influences." He explains: "My American roots influences [of] jazz, blues, ragtime, [and] Piedmont picking" and his "more contemporary singer-songwriter style, but approached with a jazz, fingerstyle mind." Unlike the frenzied, swinging energy of the Bridge City Crooners, Miller's original material is, as he puts it, "sparse and lyrically dense."

It's also the most true to himself he's ever been. "With this music, I'm not wearing a suit or playing a character; it's just me telling stories and sharing songs that are personal and honest."


In September, Miller successful crowdfunded more than $10,000 for his debut solo album, a project he actually began recording almost a year ago in January.

"I recorded the majority of the album in a living room in southeast Portland over the course of several months," Miller says. Working alongside engineer and musician Ryan Oxford (who's worked with Y La Bamba, Nick Delffs and Like a Villain) at his studio Color Therapy Recording, "I played most everything on the album (drums, keys, guitar, bass, vocals) but did have a few guest folks: Phil Rogers (of Haley Heynderickx) drums on a song and Mel Guérison (of Merō and Moorea Masa) does vocals on a song."

Currently being mixed in Nashville by Zachary Dyke (Liza Anne, Molly Parden, COIN), "The album is a very hard and intentional departure from the Crooners' sound," Miller says. There's "a '70s pop vibe to it and it's been compared to Andy Shauf, Blake Mills and Paul Simon."

With the album expected out this spring, Miller has also been taking time to share his new music, like on his first-ever solo tour (which stopped across the Midwest, even his hometown, in October) as well as this Saturday at Tumalo's The Bite—where you can expect "a combination of American traditional songs, originals and some holiday tunes due to the time of year and my weakness for Christmas music," adding, "damn you, Amy Grant!"