On the Chopping Block: Afterschool Funding

If approved, the president's 2020 budget would eliminate federal contributions, creating a ripple effect for students and families

If approved, the president's 2020 budget proposal would eliminate federal funding for afterschool programs. It's a cut that could impact 1.7 million children, according to Afterschool Alliance, an advocacy group that works to ensure that all youth have access to affordable, quality afterschool programs. 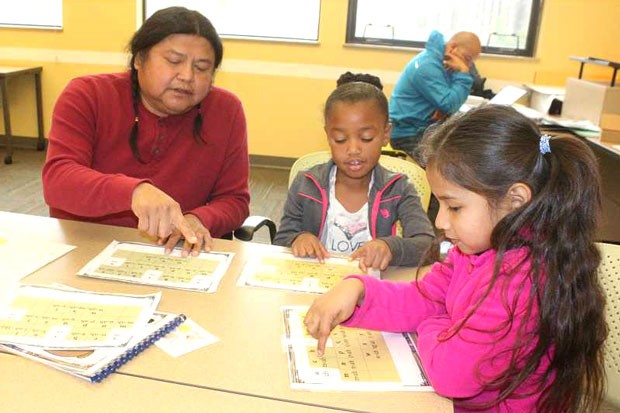 According to the budget released by the White House, the justification for the cuts states, "While research has demonstrated positive findings on the impact of afterschool programs overall, the subset of afterschool programs funded by 21st CLCC are not, on the whole, helping students meet challenging State academic standards." The statement added that data strongly suggests that the 21st CLCC is not generating the benefits commensurate with an annual investment of more than $1 billion in limited federal education funds.

Oregon received about $11.4 million in federal dollars in 2018 and is expected to get about $10.7 million in 2019 from 21st Century, according to the U.S. Department of Education. As has been widely reported, families in Bend and Central Oregon are already experiencing a shortage of child care options.

In Bend, most afterschool and summer programs are run by Bend Park and Recreation District, Camp Fire Central Oregon and the Boys & Girls Clubs of Bend—programs that don't get any of that afterschool federal funding. In Jefferson County, it's a different story.

"This budget reduction would be a tremendous loss for our students and families," said Melinda Boyle, director of curriculum and instruction for the Jefferson County School District.

Boyle said the district received the federal grant from 21st Century this fall and is in its first year of operating the program. The district has three 21st Century learning centers that serve about 480 students: one at the Warm Springs K-8 Academy; one at Jefferson County Middle School; and one at Madras High School.

Boyle said the kindergarten through 8th-grade programs include math and literacy enrichment, offering students classes ranging from robotics to calligraphy. The classes are taught by a wide variety of instructors, including staff teachers, Warm Springs Culture and Heritage Native Language teachers and community partners such as the Oregon Department of Fish and Wildlife.

The high school program is more of a tutoring program with high school teachers from all of the core subjects assisting students, Boyle said.

According to Afterschool Alliance, for every child now in an afterschool program, two or more are waiting to get in. Kids Inc.—in Bend, run through BPRD—provides before and afterschool care at Bend's public elementary schools. Waitlists have been a reality in past years for parents trying to get their kids into an afterschool program. However, with Bend-La Pine Schools changing start times for kindergarten to 5th-grade to 8am starting in the 2019-20 school year, BPRD plans to expand the capacity, and to change start times to accommodate the earlier release of students.

Sue Boettner, BPRD recreation manager, said this year the capacity for programs at most schools is 60 students. At Elk Meadow and Ponderosa Elementary schools, the school district lets BPRD use more classroom space, opening up spots for about 20 more kids. Boettner said she thinks the expansion planned at each school could eliminate the need for waitlists next school year.

Afterschool Alliance said in a press release that it will work with lawmakers on both sides of the aisle to defeat the president's proposed elimination of federal funds.

"The president's calls to zero out 21st CLCC ignore decades of research demonstrating the many ways afterschool programs help students succeed in school and in life," Jodi Grant, executive director of Afterschool Alliance stated. "In each of the last two budget cycles, a Republican Congress rejected this proposal. But now, yet again, a program that is essential to students, families and communities across America is in danger of elimination."

At least one of Oregon's lawmakers is opposed to the change.

"Trump's proposed elimination of federal funds for afterschool and summer learning programs marks as an outrageous assault on working families in Oregon and nationwide striving to ensure their children are safe and successful students," Sen. Ron Wyden (D-Ore.) said in an email to the Source. "I will fight this cruel scheme and its equally callous proposals to slash Medicare, Medicaid and other essential resources for seniors and American families."