On the Ropes | Film | Bend | The Source Weekly - Bend, Oregon

"The Peanut Butter Falcon" wants us to love each other

Sometimes a movie makes you feel so good and so attuned to the human race that it's easy to overlook the flaws. It seems like we're more divided now than ever, and even things that everyone used to agree on are able to court some level of controversy. A few weeks ago, I posted a meme on Facebook dehumanizing Nazis and got unfriended over it. I figured that was one thing that we could all agree on since we fought a war over it and everything, but apparently not. 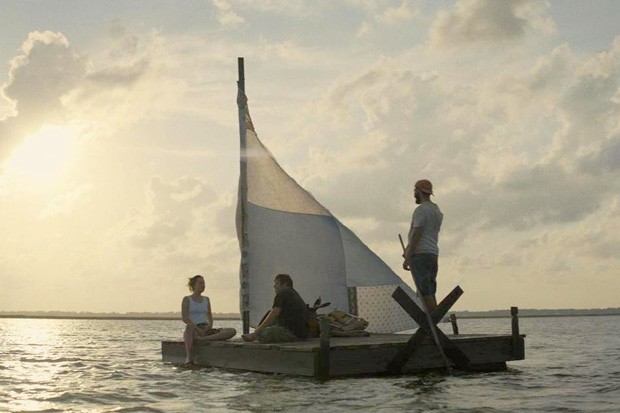 Enter "The Peanut Butter Falcon," a movie so damn sweet and good natured that I bet it could save the world. It even takes an actor who was basically the punchline of a joke a few years ago and instantly shows that he's a bottomless well of charisma destined to rise to the top one more time. Art imitates life in the most beautiful ways.

"The Peanut Butter Falcon" tells the story of Zak (Zack Gottsagen) an orphan with Down syndrome who runs away from the nursing home he lives in to follow his dream of becoming a professional wrestler. Zak eventually runs into Tyler (Shia LaBeouf) who's on the run from guys he robbed and screwed over. At the same time, Eleanor (Dakota Johnson), a kindly woman who works at the nursing home, is searching for Zak and trying to take him back to a world that has no place for him.

It's impossible to make it through this genuinely heartwarming work without feeling a healthy dollop of empathy for people who are different than we are (except Nazis, obviously). It's something that's been heading the way of the dinosaur for the last few years, and it's always good to be reminded of our common humanity instead of celebrating imaginary lines in the sand.

“The Peanut Butter Falcon” takes everything we love about movies and channels it into a pure empathy machine. tweet this

LaBeouf is a movie star, and "The Peanut Butter Falcon" should hopefully rehabilitate his career in the same way that Robert Downey Jr. had happen for him. His work with Gottsagen, a young actor who really has Down syndrome, is beautiful. Their friendship and love for each other is so apparent onscreen that anytime the direction or script has a little stumble, their foundation keeps the film from becoming schmaltzy or ridiculous.

"The Peanut Butter Falcon" is an American myth unlike any we've seen in years. There are pieces of "The Adventures of Tom Sawyer" and Huck Finn here for sure, but there's also a timelessness. The characters in this movie are poor and struggling, but they're also searching for something to connect them to the deeper world at large. They're looking for safety and family, but don't know how to ask for the things that can save them.

I've always said the most important thing about movies is that they exist to teach humanity empathy and to show each other the things that bind us together in our everyday struggles to find peace and love. A movie like this can do that and will do that for everyone who gives it a chance. This movie right here is why I write about motion pictures in the first place. It's all love, if we know how to let it find us.