One Show, One Song at a Time | Sound Stories & Interviews | Bend | The Source Weekly - Bend, Oregon

One Show, One Song at a Time

The debut album of PJ Moon and The Swappers, "Memoirs of Living in a Car," was released last October. The album is an 11-track mix of everything—rock, soul, funk—and even a little bit of country. 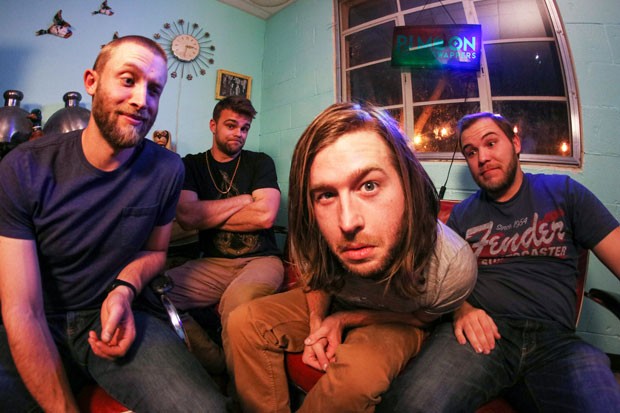 "Memoirs of Living in a Car" isn't just a deep title, either. It was Moon's reality. Over the phone Moon tells the Source about those early days and where the future might be headed for himself and The Swappers.

Source Weekly: So your debut album is titled "Memoirs of Living in a Car." Is that an experience you know about firsthand?

PJ Moon: I was in my car for about nine months, I think. The band that I was with previously, The Cosmonauts, we did a run from Portland, Maine, to Denver, summer of 2016. After that I just kind of stayed in the Rockies and I wrote a lot of those songs in that transition period.

SW: Was that writing experience for you very personal?

PM: Totally! Everything I write is kind of intentional as far as how the music—what it represents and everything. I don't like to get too overly emotional, but I also feel like it's kind of shallow if you don't get deep enough. So, I feel like there's plenty of love songs out there and there's plenty of sad songs, and I want to write enough of that to be kind of vulnerable enough to make a connection with the audience. But I try to keep a certain amount of a guarded attitude. Which, better or for worse, is kind of how I've been in life.

SW: What's your favorite song off the album to play live?

PM: I think "Princess" might be our favorite live song. It gives Dylan [lead guitarist] a chance to really step forward and just rip for a bit. He's definitely a showman.

SW: How long have you been in the music industry? When did you know you wanted to dive into this?

PM: I did a couple years of community college. Then I went to Appalachian State in North Carolina for about a year. I was kind of forcing this career—I used to be a ski patrol in the EMT back in North Carolina. I thought I really wanted to be a PA and go to PA school, and just practice emergency medicine and stuff like that. Music was always a nighttime thing, a side thing. I had a group I played with and we were a working band. But it was always after we got out of classes and stuff.

I think one of the big things—I got into drugs, like I was saying—so after that I was kind of like 'f*ck school and f*ck everything!' I'm gonna do music and go for it. If it crashes and burns then it crashes and burns. I just felt better about approaching it as a serious career as opposed to like having something to fall back on if it doesn't happen. If you don't have something to fall back on it's scarier, but it's a little kick in the a**, dude. You're hungrier. I think abandoning all other options has helped us and we've just hit the ground running.

SW: Where would you like to see the band a year from now?

PM: Another album. I want to be able to in a year, leave our hometown and still have that draw. Nothing big, you know. No Red Rocks this year. But like a 300-person theater. No more bars. I want to get to that level where maybe we're the opener still, but they are legitimate venues. I think that's a realistic goal for one year. Once we get to that spot we can make it to where we're touring fulltime. Fulltime musicians in a year.