October 11, 2018
1 comment
Bend Mayoral candidate Brian Douglass wrote an angry email to the executive director of news for Oregon Public Broadcasting, after the media outlet decided to have only two mayoral candidates on a radio program scheduled for Monday. 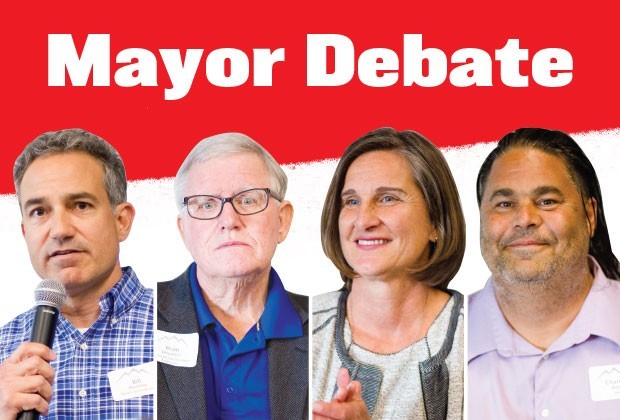 Sally Russell and Bill Moseley were the only two out of the six candidates in the race that were invited to the interview. Because of the outrage, OPB’s Sarah Jane Rothenfluch, executive director of news, said the interview was canceled.


“It has become clear that candidates in Bend prefer inclusivity in discussions,” Rothenfluch said in an email. “Sadly because of the technical and time constraints of radio we were unable to have six people on and thus had to make some editorial decisions.”

Russell said in an email that when she accepted OPB’s invitation, she did so under the assumption that other candidates’ voices would be featured in addition to the debate between she and Moseley.

“For our community here in Bend, I sincerely hope OPB will reconsider its invitation and welcome inclusivity by inviting all candidates to participate,” Russell said. “I will be happy to participate in an OPB debate or interview format when all candidates are included.”

Rothenfluch said OPB uses a set of criteria to determine which candidates to include in its programs.

“We take into account candidates’ public appearances, web and social media presence, fundraising and polling,” Rothefluch said. “And as with any programming choices we apply our own editorial decision making. These criteria are applied to debates ranging from gubernatorial races to local races.”

According to Douglass’ email to OPB’s Ryan Haas, he fits these criteria.

“I have made all the debates, forums, endorsement interviews,” he wrote. “I have held public meetings, been to numerous community meetings. Have some lawn signs. I personally collected almost all my 150 petition signatures, I know Sally and Bill cannot say that.

I have a FB (Facebook) page. I am spending a small amount (none of your damn concern.) Been on several TV, radio [and] newspaper interviews,” Douglass continued.

“How dare you,” Douglass wrote.