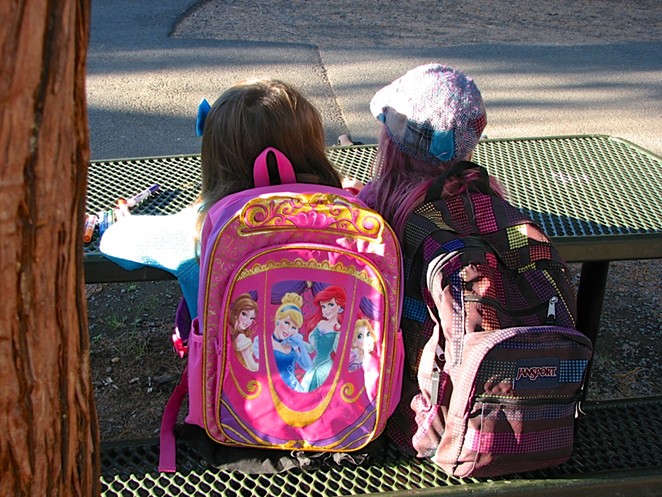 Editor's note: Earlier this week, the Bulletin published an editorial urging the Oregon Health Evidence Review Commission or the state legislature to change the age of medical consent for treatments related to gender transition. Jenn Burleton, executive director of Portland-based TransActive Gender Center (which provides advocacy and support for families with transgender and gender non-conforming children), says that the editorial ignores important facts of transgender youth. Below is her full response to the editorial.

This editorial opinion demonstrates (yet again) that ignorance of facts combined with lack of empathy is the foundation upon which prejudice and oppression is constructed.

It opens provocatively with the statement that "Oregon law doesn't think much of parents" as a preamble to purported opposition to Oregon's medical consent laws. In reality, the editorial stands opposed only to a particular set of healthcare treatments... those associated with treatment of gender dysphoria.

Since 1971, Oregon law has permitted teens to give consent to their own healthcare without the approval of their parent or guardian beginning at age 15. When this law was enacted, Richard Nixon was in his first term as President, voting age was 21, Federal Express did not exist, Malibu Barbie cost $1.94, plus tax (in most places but Oregon) and Tom McCall was Oregon's Republican governor.

Obviously, Oregon's age of medical consent law is not part of some vast, liberal, "Obamacare" conspiracy to undermine parental rights. Though Fox News and others are trying hard to convince Oregonians and the nation otherwise.

Tell me where I can find the Bulletin's editorial opposition to necessary medical interventions such as kidney dialysis, blood transfusions, insulin injections or life-saving surgery for minors when their parents refuse to approve or consent to such care on 'faith-healing' religious grounds? Do the editors believe that parental consent for medical care is an absolute necessity for all physician approved, medically beneficial treatment...or is the need for parental approval specific only to medical care related to gender dysphoria?

As exemplified by the tragic death of 17-year old Ohio teen Leelah Alcorn, these suicide statistics are driven in large by lack of parental support for gender nonconformity and transgender identity, and parental denial of access to proven, effective and life-saving counseling and medical interventions, including pubertal delay.

Or do you simply discount these risk factors, despite all evidence to the contrary?

According to research and studies done by clinicians and academics on the effectiveness of early intervention and affirmation in treating transgender youth, transgender children and youth are not only as capable of certainty about their gender identity as their peers, they benefit almost without exception from early affirmation and proactive treatment options.

Oregon Revised Statute (ORS) 137.707 states that a 15-year old charged with murder, attempted murder or conspiracy to commite murder can be tried as an adult because they have the cognitive capacity to fully understand the consequences of their actions. This applies even to actions that are not premeditated, as in a 'heat of passion' crime.

Yet, incredulously, this Bend Bulletin editorial argues that transgender youth who have been struggling with gender dysphoria for years, have accessed the services of and referrals from a qualified mental health practitioner (sometimes two) and who have been additionally assessed by a physician are not capable of understanding the complexity and impact of transgender-related healthcare in the absence of parental consent?

Literally, if a transgender 15-year old is charged with conspiracy to commit murder, we can lock them up for life, but if they seek medical care overwhelmingly proven to enhance their quality of life, we should prohibit that care without parental approval...even with the full knowledge that some parents will NEVER approve such care for their child due to ideological or political beliefs?

The Bulletin editorial suggests that it would have been appropriate for the Health Evidence Review Commission to set a different age of consent for gender dysphoria treatment under OHP than for ANY OTHER approved coverage. It suggested the rather arbitrary age of 18, even though others supposedly outraged by HERC's actions have argued that 'full maturity isn't reached until age 25' or some variant of thereof.

Indeed, even the most conservative positions on the persistence of transgender identity in adolescents concede that 'some' children will remain transgender throughout adolescence and into adulthood. What are we to do with these teens? Ignore their medical needs and suffering simply because they are a minority?

No, it is clear from this editorial, and similar manufactured outrage stories by Fox News, WorldNetDaily, OneNewsNow and others that opposition to THIS particular aspect of healthcare is not based on evidence, concern for children or protection of parental autonomy, but rather is based almost entirely on the outdated and ignorance-driven belief that transgender identity is non-authentic. That gender diversity is an undesirable form of expression rather than a natural variation in human development and that facts related to the effectiveness of proactive, affirming psychological and medical healthcare are to be discarded in favor of fear, intolerance, political manipulation and ideological extremism.

This Bulletin editorial would have been right at home in a 19th century discussion about the right of parents to keep what we now know of as a Down's Syndrome child locked away in the attic, or a mid-20th century conversation about the right of families to send their mentally disturbed members away to state hospitals, never to be seen again.

You will not be proud of this editorial in 20 years.