Deschutes County plans to add a measure to the 2020 ballot, asking residents to weigh in on future marijuana growing operations

In making a decision during their Aug. 8 Deschutes County Board meeting to "opt out" of allowing further marijuana business applications, commissioners have ensured that the country mouse/city mouse fight over cannabis farms will go through the 2020 election. And perhaps beyond. 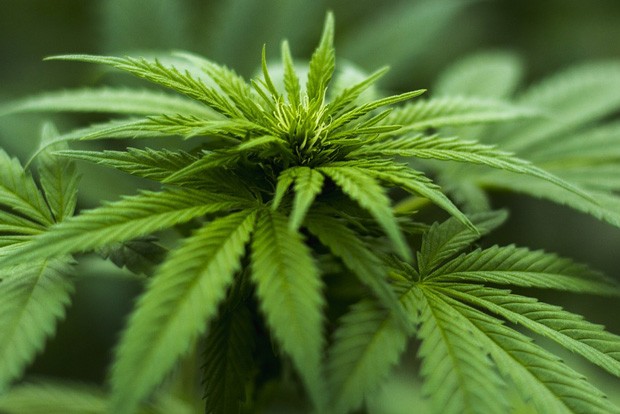 If you haven't been closely following the county's marijuana soap opera, here's a refresher: Deschutes County rewrote some of the time, place and manner rules for rural marijuana businesses last fall. Several industry members and groups, along with the Deschutes County Farm Bureau, appealed these amendments to the Oregon Land Use Board of Appeals, claiming they were unreasonable and unconstitutional. In response, the County notified LUBA that it planned to withdraw the amendments and stay the proceedings pending further deliberations at the county level. The Board then held a public meeting in which it took comment over the three paths forward: 1. Withdraw the amendments entirely; 2. Make changes to the amendments; or 3. Press on with the amendments intact and fight at LUBA.

During that raucous public hearing on July 3, dozens of rural residents showed up in force, and didn't care to discuss the text amendments. They wore T-shirts and carried signs demanding that the County "opt out" of the marijuana business entirely. Though opting out was not technically a choice on the meeting's agenda, apparently the impassioned residents got through to the Commissioners, because that's exactly what they plan to do.

Now, the County is poised to add its own hot-button issue to an already heated 2020 campaign season. In fact, there may be up to four choices on the ballot: one asking residents to vote to opt "in" or "out" for production, one for processing, one for retail, and one for wholesale. (County Counsel David Doyle at the Aug. 8 meeting pointed out that processing facilities cannot exist without attenuated production under existing county rules, so voting out production would necessarily prohibit processing.)

The decision won't affect existing marijuana businesses, or even applicants still waiting in the County's queue. Moreover, the statewide moratorium issued by the Oregon Liquor Control Commission has largely stemmed the tide of new marijuana entrepreneurs.

For Commissioner Chair Phil Henderson, this decision by the Board was in no small part a last-ditch effort to retain the power to regulate grows; the Farm Bureau has argued in a brief to LUBA that the "Right to Farm" statute should trump any regulation by the County. One couldn't help but sense a touch of anger over what Henderson seems to perceive as betrayal by the industry players and the Farm Bureau. He reminded those present that cannabis industry members helped draft the original marijuana TPM rules in 2016.

"Now we have the Farm Bureau working to remove our ability to regulate it," he said. "That is motivating me to do something on the local level before the state Legislature takes away our right to do anything."

Henderson indicated a desire to move forward with the marijuana text amendment fight at LUBA, even as the county bans new applications. Theoretically, Doyle advised, they could continue to argue that the new regulations – the most restrictive of any county in the state – are both reasonable and constitutional even as the "opt-out" decision remains operative. But there would be virtually no upside to the County from a legal or practical standpoint.

"Deschutes County would be making law that applies to everywhere but Deschutes County," pointed out Adam Smith, assistant counsel for the county. Smith and Doyle both indicated the county could simply reintroduce, and ratify, the 2018 text amendments between the November 2020 election, and 2021, when the results take effect.

Commissioner Tony DeBone agreed with County counsel. "It's one less moving part. ... it's simpler," he said of the decision to abandon the text amendments fight at LUBA.

Henderson was undeterred and wouldn't assent to joining the other two commissioners to make it unanimous.

If all of this has you confused, then I'll leave you with this: Henderson wants to spend thousands in County funds on legal, staff, and board resources in fighting a moot point at LUBA so he can say the County is right.

Henderson also waxed on about the plight of retirees moving to Deschutes County's farm country and being confronted with farming practices. Or, at least, the kind that didn't officially exist until 20 years ago, when medical marijuana was legalized in Oregon.

"It's our job not just to look out for an emerging industry, but to look out for the thousands and thousands of people who moved here for the reasons they moved here," he added at the top of the meeting. "[Those people are] investing their money and expecting farming to be the things we've always known."

Let the axes grind all the way to November 2020.