Opting Out, and Beyond | Smoke Signals | Bend | The Source Weekly - Bend, Oregon

Opting Out, and Beyond

Deschutes County Commissioners add a measure to the 2020 ballot, and debate fighting LUBA on rule changes

At the Barnes Sawyer Room, where the Deschutes County Board of Commissioners holds public meetings, anytime the issue of marijuana is on the agenda visitors will find anti-marijuana activists staring down speakers, nodding solemnly and doing their darnedest to guide the Board in stamping out the scourge of marijuana that creeps like a bad dream toward their horseback-riding grounds. 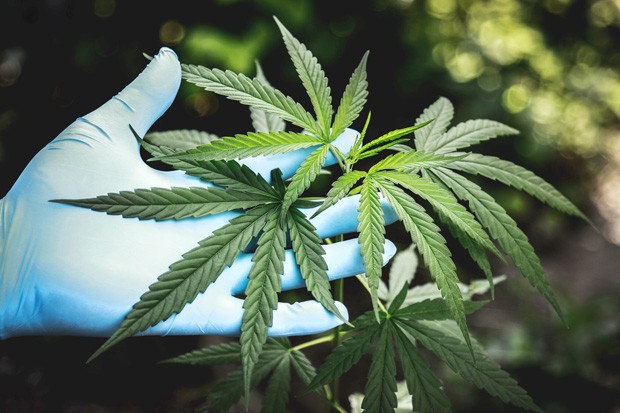 If that's their goal, nothing in the form of recent events suggests they're failing.

On Aug. 19, the Board approved $700,000 in grant funds for the Deschutes County Sheriff's Office so it can police black-market marijuana grows. This is roughly a $200,000 annual increase compared to the last time they requested funds, at the beginning of 2018.

Within a few minutes of that issue, the Board took up officially adopting a county ordinance to "opt out" of allowing any more marijuana businesses in rural Deschutes County. But before he let the Board vote to adopt the ordinance (all three commissioners eventually did), Commission Chair Phil Henderson gave a soliloquy about his desire to continue to fight at the state level to have the Board's revised regulations approved by the Land Use Board of Appeals.

"This whole attack by the Farm Bureau that we're not adopting reasonable regulations," Henderson said, trailing off a bit with apparent frustration. "Our rules are reasonable. I'm not afraid to let LUBA decide that."

Some background: The County approved new marijuana regulations in the fall of 2018, revising its 2016 regulations. The Farm Bureau, among others, then appealed to LUBA, and the county withdrew the proposed changes. More meetings were held, the anti-marijuana T-shirts filled the gallery, and the Board took a hard right toward opting out of marijuana completely, scheduling a new vote in November 2020 (per state law, the county cannot opt out without first giving a vote to the people). Basically, the Board folded beneath the weight of the anti-weed rabble in its meeting room.

Yet Henderson still doesn't want to abandon the legal fight at LUBA. Commissioner Tony DeBone once again disagreed, stating that the distraction of fighting to approve regulations at LUBA, even as the county is attempting to end new marijuana businesses entirely, would be perceived as a contradiction.

Commissioner Patti Adair broke the tie, siding with DeBone in voting to shelve the LUBA fight and only revisit the regulations if the county votes to opt in.

It was difficult not to sense a tone of bitterness in Henderson's voice due to the Farm Bureau's LUBA petition that attacked the regulations. The Farm Bureau, after all, had participated in the drafting of the rules back in 2015 and 2016. Why would it not only object to the 2018 rules, but also the original regulations drafted in 2016?

DeBone seemed to have an answer.

"The relationship with the growers who want to be in the sunlight has changed since I started this process," he said. DeBone was referring to recent applicant denials by the Board that he has viewed as spurious.

In one exchange more than a month ago, while debating whether to approve a specific marijuana farm, DeBone metaphorically threw up his hands and told both of the other Commissioners that he would have no more to say. This seemed to be an echo of that frustration.

"I was intending on having support for those folks that want to work in this regulated system," DeBone said. "We've seen some of those [people] denied."

Then Henderson asked: "Do you think there's any growers that actually like any of the regulations? ... I haven't heard that." Henderson said.

"Like" the regulations? Business owners aren't typically overjoyed at paying a $1,500 application fee. They don't beam at a bill of $10,000 from lawyers. They're not dancing for joy over $5,000 odor-control devices. Marijuana entrepreneurs suffer real financial consequences from all regulations, running the gamut from replacing an odor-control device, to abandoning an offer on an ideal piece of property because the required setbacks are not employable. But businesses still follow these rules and jump through the hoops, because the peace of mind and pride in running a legal business where their activity is sanctioned by the local government is worth the costs.

That, of course, was the point behind DeBone's response.

"I have," DeBone said. "They don't say the words 'I like these regulations,' but they want clarity so they know what path to go down."

Usually, two pro-business Republicans like Henderson and DeBone don't disagree so vehemently about government regulations—unless the rabble in the gallery is loud enough.