Order 'Em Early, Pass 'Em Off as Your Own? 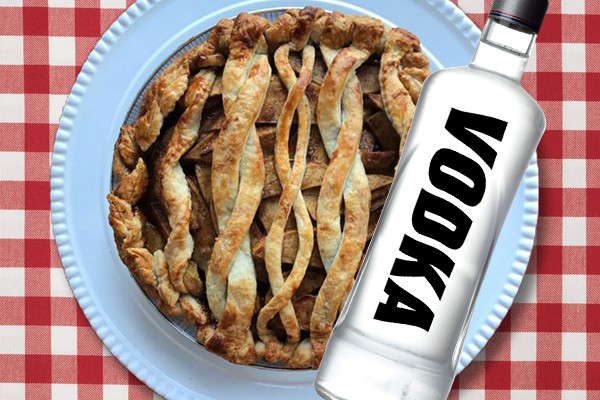 s pie popular at your holiday table? In lots of American households it's part of a long tradition. Pie was brought to the U.S. by English settlers, familiar with meat pies, including the mashed potato-topped Shepherd's pie. Early settlers were presented with new seasonal ingredients, such as berries and fruits, so sweet pies became popular in the States.

Using vodka instead of water makes pie dough easier to roll because you can add more liquid. Most of the ethanol vaporizes during baking, leaving a flaky crust with no alcoholic flavor. My great-grandmother's recipe includes vodka. We used to joke that the vodka was for her and not the dough.

Pie isn't hard to make—you can even buy pre-made crusts—but it is also easy to muck up. I recently judged the pie contest at Fall Fest and most of the home-baked pies suffered from watery fillings and the dreaded soggy bottom. A soggy bottom happens when the base of the pie isn't cooked properly and can be wet or even raw.

Owner of Farmhouse Pies, Annie Skelton, says, "To avoid the soggy bottom the pie has to bubble."This might make your pie look a little messy but it will ensure the pie is cooked properly. Another helpful tip: if your crust is perfectly golden brown but hasn't bubbled yet, place a piece of aluminum foil on top. This will keep the crust from burning but allow the interior to keep cooking.

Want a guarantee that you're bringing the perfect pie to your holiday gathering? Consider ordering one locally. According to the American Pie Council (yes, pies have their own council) 7 percent of Americans have passed off a store-bought pie as homemade. Skelton often jokes with her customers, saying, "If you pop the pie out of the tin and present it in your own pan, no one needs to know!"

Bend has a lot of excellent bakers with a wide range of pies. When I interviewed Skelton, she already had 75 pie orders for the holidays. Generally, if you want a Thanksgiving pie you need to place your order before Nov. 17. For Christmas you need to order by Dec. 15.

And if you pass that delectable purchased pie off as your own, that's your business.