On June 1, Gov. Kate Brown signed HB 2526 into law, making Oregon the 11th state in the union to designate an Indigenous Peoples' Day. The second Monday of October—earlier designated as Columbus Day in many places around the United States—is now officially Indigenous Peoples' Day in Oregon. That day falls on Oct. 11 this year. In 1989, South Dakota became the first state to do away with Columbus Day in favor of what it calls Native American Day. 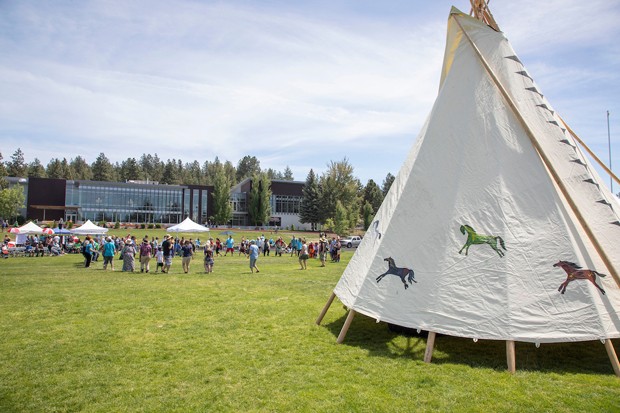 The Oregon bill "recognizes and acknowledges the significant contributions to this state of Oregon's nine federally recognized tribal nations, as well as those of many Native Americans from tribal nations across the country, and commits to greater access and opportunity for continued contribution by Indigenous People."

The bill also underlines that Oregon does not formally recognize Columbus Day.

"Whereas Christopher Columbus, a man who is known to have "discovered" the Americas, came upon land that was already inhabited by Indigenous People, his historically cited contributions being either inaccurate or facially not worthy of celebrating," the language of the bill reads.

Among the bill's chief sponsors was Rep. Tawna Sanchez (D-OR43), the second Native person to serve in the Oregon state legislature. Twenty-nine other legislators sponsored the bill, including Bend's Rep. Jason Kropf (D-OR54). Other Central Oregon legislators including Rep. Jack Zika (R-OR53) and Sen. Tim Knopp (R-Bend) voted in favor of the bill.

Locally, Central Oregon Community College is among the organizations planning events to mark the day.

"For our inaugural Indigenous Peoples' Day at COCC, we're featuring some incredible learning opportunities and forums for opening dialogue," said Christy Walker, director of the college's diversity and inclusion program.

On Mon., Oct. 11 at 9 am, COCC will kick off the day with a virtual land-acknowledgement led by Native American Program Coordinator Michelle Cary, of the Seneca-Cayuga Nation. Cary will discuss why acknowledging the historical occupants of lands is important, and how COCC developed its own land acknowledgement over the course of a year.

After acknowledging that COCC sits on the original homelands of the Wasq'u (Wasco) and Tana'nma (Warm Springs) people, the college's land acknowledgement states, "To acknowledge someone is to say, 'I see you. You are significant.' The purpose of a land acknowledgement is to recognize and pay respect to the original inhabitants of a specific region. It is an opportunity to express gratitude and appreciation to those whose territory you exist in."

At noon on Oct. 11, COCC World Languages Instructor Gabriann Hall of the Klamath Tribes will lead a talk in Wille Hall covering the facts and fiction surrounding Christopher Columbus from a Native perspective. Later, the talk will shift to the contributions of indigenous people and current issues for Native communities. Later in the day, from 4 to 5 pm in Wille Hall, Native American College Prep Coordinator Kelsey Freeman will present a workshop titled "Incorporating Indigenous Perspectives in the Classroom." The day will end with the 5:30 pm presentation of a short documentary titled "The Columbus Controversy," with a follow-up discussion moderated by Cary of the Native American program.