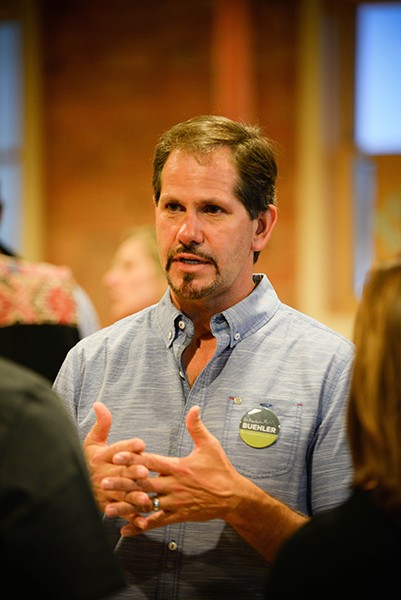 In the race for House District 54, candidates Craig Wilhelm and Knute Buehler are virtual clones in terms of policy stances. Aside from their perspective on Measure 90 (Wilhelm is opposed, Buehler is in favor), the two men hold exactly the same positions. Both are fiscally conservative and socially moderate. They support abortion rights and marriage equality, but oppose marijuana legalization, GMO labeling and allowing undocumented immigrants to get driver's licenses.

Where the two candidates differ most is in their capacity for coalition building. During our endorsement interview, we asked Wilhelm, an army veteran, about his leadership style. He responded by telling a story about when he was told by a commanding officer that his soldiers were about evenly split between those who supported him and those who were frustrated with his leadership style. We expected he would follow up this story by explaining that he learned how to join together the two factions, but instead explained that the lesson for him was either you're on "Team Wilhelm" or not; "There's no gray area," he emphasized.

For a region as diverse as this one, we are looking for a coalition builder. While it is important to stand for a party's ideals—and Wilhelm declared he is a "proud Democrat"—we believe that should not preclude considering other viewpoints.

During this campaign, Buehler has shown himself to be a strong relationship builder; although a declared Republican, he has received impressive endorsements from highly respected and long-standing Democrats in the community. Moreover, in the 17 years that this newspaper has been conducting endorsement interviews, Buehler arrived as the most-prepared candidate, bringing position papers and clearly in command of the issues. We were impressed, and we hope that his intention to vote independently from his party translates to a moderate voting record in Salem.

Read our Q&As with Knute Buehler and opponent Craig Wilhelm.

Watch our endorsement interview with the candidates below.