March 04, 2019
comment
Oregon Gov. Kate Brown and Attorney General Ellen Rosenblum announced today that they're leading a national lawsuit against a ruling that would directly affect funding for Title X.

As we reported last week, Title X is the only federal grant program that helps fund organizations offering assistance to those seeking contraception, screenings for breast and cervical cancer, sexually transmitted infection screenings, well-woman exams and other services. 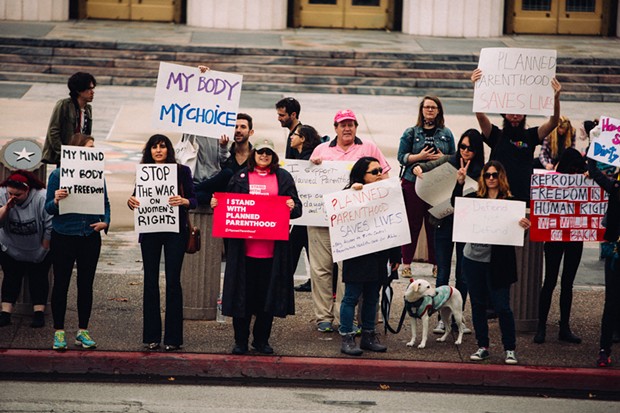 "Everyone deserves the ability to make their own decisions about their health care," Brown said in a news release. "This is yet another attack from the Trump Administration on women and families, and it is appalling that the federal government wants to rob individuals of the right to complete medical information and full access to the critical health care services they rely on. I will continue to fight back against this administration as they continue to undermine health care for those who need it most."

The new ruling has become known as the "Gag Rule" because it prohibits clinics who receive Title X funding from referring a patient for an abortion, even if requested by the patient themselves, or even talking about abortion with a patient. It also mandates referral for prenatal care for every pregnant patient, regardless of the patient's needs.

These rulings would require these clinics and health care providers to create a new financial separation between services, which could lead to clinics opening a separate location or exam rooms with different staff to be able to still receive Title X funding to their business in some capacity.

"What this new rule means is that providers in Oregon who receive Title X funding will have to decide whether they will refuse funding or 'cave' to the requirements of this new rule. Neither is a good or fair option for women and families who often have no other access to medical care," said Rosenblum in the same news release. "I'm proud that Oregon is taking the lead in this important lawsuit. Oregonians have voted time and time again to support women's reproductive health freedoms."

According to the news release, Title X clinics in Oregon served over 37,012 patients in 2017 and received over $3 million in Title X funds. Oregon has been receiving funds from Title X since 1970.