A bill to raise taxes on cannabis was on the Senate President's desk at the end of the March legislative session.

Unless you are a Medical Marijuana patient or caregiver, you have to pay a tax when purchasing cannabis, and cannabis products, in Oregon. One of the selling points of establishing regulated cannabis programs is the tax revenue, and here in the Pacific Wonderland, the state collects a tax of 17% on your purchase, and cities and counties with dispensaries may collect up to 3%, for a total of 20%, meaning that $100 bag of green truly costs $120.

In a state without a sales tax on goods and services, it's an adjustment to pay a "sin tax." But as cannabis tax revenue has grown, the manner in which it's distributed has been substantially modified, making the taxes more palatable to some canna-consumers. 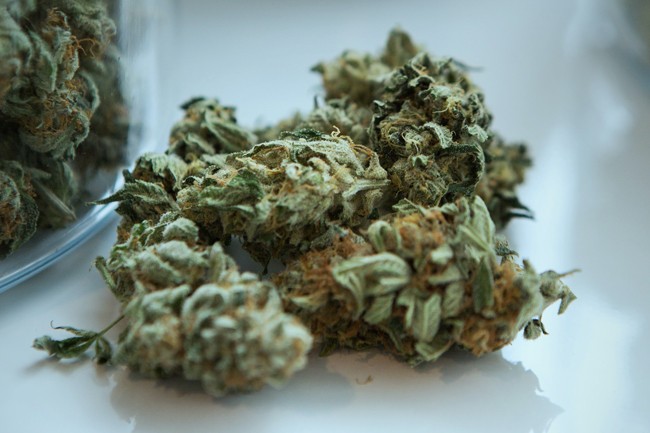 The first round of taxes from 2016 to 2017 totaled over $108 million, and after the Oregon Liquor and Cannabis Commission's cannabis division startup costs, and expenses in collecting the tax, $85 million was distributed with 40% for schools, 20% for mental health, alcoholism and drug counseling, 15% for the Oregon State Police and 5% for the Oregon Health Authority.

Then came Measure 110 in 2020, which specified that beginning in 2021, cities and counties with cannabis programs now get 10% each, and along with the aforementioned entities, would now split a quarterly flat payment of $11.25 million. Anything above and beyond that is given to the Drug Treatment and Recovery Services Fund.

In 2021, the state took in over $176 million in canna taxes, of which $131 million went to the DTRS Fund. That's really-super-happy-good-times news, because Oregon has two of the least desirable statistical standings: We are number two in the nation for drug addiction (congrats # 1 Montana), and by state, dead last in access to treatment services.

Cannabis' distant cousin, with whom it cannot play well with after too much time together, alcohol, comes with its own tax hefty bill. Oregon has the second-highest tax rate on spirits, just behind Washington state.

But even at 20%, Oregon has one of the lower cannabis tax rates (Washington's is the highest at 37%), but there are efforts underway to substantially increase them.

Senate Bill 1506 would let cities increase their tax from 3% to 10%, meaning a total tax of 27%. Ouch. But supporters say that Measure 110, while doing a great job funding the much-needed Drug Treatment and Recovery Services Fund, resulted in a $50 million hit to cities and counties, a reduction of over 70%. The tax increase would help fill that void, made more painful from economic losses related to the pandemic.

But for an industry already punitively pummeled by outdated garbage tax code 280e, which imposes a tax rate of up to 80% on cannabis businesses, never mind not having access to banking and the costs associated with that, these additional taxes aren't being embraced.

Especially when inflation is producing sticker shock on nearly all goods, it's a tax increase that opponents believe will drive consumers back to calling their hook up, the one that provides a ziplock as an exit bag, and the only tax you pay is having to listen to their new Death Metal/Trap Klezmer Mumble Rap mash-up mix while they weigh out your weed.

There are myriad benefits of a regulated and taxed system that provides rigorous testing for potency, poisons and terpenes. Never mind that back in the day, my dealer never had chocolate covered vegan THC-infused marshmallows. (Leif Goods do, and they taste like God's laughter.)

But at a time of rising prices and stagnant wages, cannabis consumers may well forgo those benefits if they can get their cannabis needs met for 30%+ less than at a dispensary.

If the state wants to raise more revenue from the cannabis industry, how about developing underserved cannabis tourism through the permitting of cannabis events, consumption lounges, product sampling opportunities, and a hundred other happenings that Oregon and the OLCC allow with beer, wine and spirits?

The tax revenue from doing so would come from new job growth and increased visitors to Oregon, instead of penalizing stressed out consumers seeking to get through this thing we call life with the help of a plant.