Since 2012, Oregon has been the top national supplier of Christmas trees, with over 6.4 million trees produced in that year alone, as reported by the Pacific Northwest Christmas Tree Association. Currently, the state boasts 383 licensed growers producing about 4.7 million trees per year, raking in $120.6 million annually. Nowadays, though, Christmas tree farmers are taking a major blow. 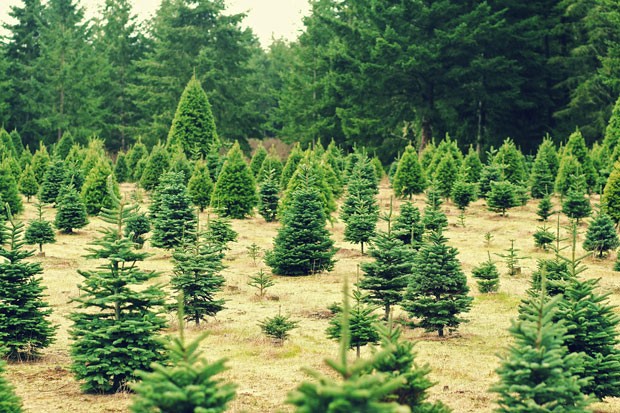 Chal Landgren, a Christmas tree specialist with Oregon State University Extension Service, has been raising trees on his small family farm since 1982. In a recent interview with Oregon Live, he explained that a decade-old sapling shortage is contributing to a current shortfall of holiday trees. The average Christmas tree takes between seven and 10 years to fully mature. Farms throughout Central Oregon are full of trees that are simply too short to sell. Additionally, abnormally dry and hot summers in 2017 and 2018 killed off a great number of young trees.

Reallocation of farmland is also a factor. During the recession a decade ago, hundreds of tree farms went out of business. There are roughly 200 fewer growers than there were 15 years ago, and land that was once designated for yule tree growth is now allocated to less labor-intensive crops.

The statewide shortage, as supply-and-demand tends to go, has led to significantly increased costs. The National Christmas Tree Association stated that whereas the average tree cost was $36.50 in 2008, it's skyrocketed to $78 a little over a decade later (last year's trees went for roughly $3 less than they are currently). So that Oregonians can keep their traditions alive while avoiding hiked-up tree prices, the Deschutes National Forest offers permits allowing people to cut down their own trees for $5 apiece (up to five permits per household). Self-choppers are allowed any tree under 12 feet tall that is within 20 feet of another tree. Tree-cutting should take place at least 150 feet from state highways or other developed areas, and at least 300 feet from waterways. People can buy permits at any one of 11 locations throughout Bend, including Powder House, Project Bike, Crux Fermentation Project, REI, Bi-Mart and the Bend Convention and Visitor Bureau.

Cutting down a tree actually contributes to forest restoration, explained Pete Caligiuri with The Nature Conservancy and Sarah Mowry with the Deschutes Land Trust in an article written for the Deschutes Collaborative Forest Project.

"After nearly a century of fighting to keep naturally occurring, low-intensity fires out of our forests, many of our ponderosa pine forests in Central Oregon are becoming overgrown with small and medium-sized white fir trees," they wrote. "Historically these white firs would have been kept at bay by the frequency of the natural fires that kept our pine forests healthy. That's where you come in; by cutting your own white fir Christmas tree you're playing part of the role that natural fires used to play and helping restore our forests—one Christmas tree at a time."