Out in the Mountains | Beer & Drink | Bend | The Source Weekly - Bend, Oregon

Out in the Mountains 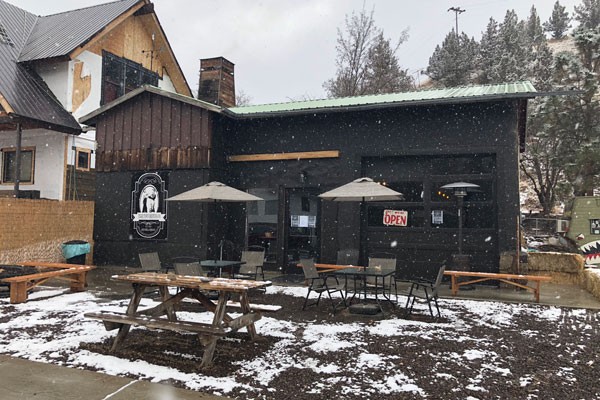 There's not much to the town of Mitchell, Ore., nestled in the Ochoco Mountains about an hour east of Prineville. The population was estimated at 121 people in 2016, and outside of the outdoor festivals this little town off Highway 26 holds each year, there's simply not much fun happening—unless one's idea of "fun" is working a cattle ranch.

But even here, in the 234th-largest incorporated city in Oregon, craft beer makes its presence known. A pair of native Mitchellites teamed up with a brewer originally from Portland to create Tiger Town Brewing Company in 2015, located in an old tire shop off Main Street. Visitors there (especially now, in the middle of winter) will find a very dark, informal little taproom warmed by several space heaters and featuring only a few barren attempts at décor. It is nonetheless one of the town's main social centers, and during the lunch hour, it's not uncommon to find whole families sitting by the tables, enjoying some dry Irish stout or winter-themed holiday ale as they discuss how good or bad their elk-hunting season went. (Those lunches, by the way, aren't anything fancy—chicken wings, rice bowls—but they're made with love in the adjacent food truck and paired with some killer sauces.)

Tiger Town shows how Oregon's beer industry has transformed quite a bit of its small-town life. tweet this

Tiger Town shows how Oregon's beer industry has transformed quite a bit of its small-town life. In another era, this building might have housed a simple diner or gift shop, but now it's a full-on brewery—all but defining good beer for the region it's in, just as they do in towns including Burns, Ontario, and (most famously) Baker City, home to the award-winning Barley Brown's Beer. It's also the case in the county seat of John Day, another 60 or so miles east of Mitchell.

Despite being a relative metropolis in the area (pop. 1,744), John Day can also be a bit slow in winter, the local Les Schwab often being the busiest location in town. That's why it's such a pleasant surprise to see 1188 Brewing ("eleven eighty-eight") occupy two ancient buildings along Main Street.

Established in 2012, a recent expansion has allowed 1188 to greatly enhance its restaurant operation. The spot now offers a large array of flatbreads and Southwest-style entrees. The beer's worth going out of one's way for as well, from the easy-drinking Box Canyon Pale Ale to Instigator, a creamy imperial stout that's likely the most potent beer produced within 100 miles. And while approaching Tiger Town outside of the festival season might require a certain amount of nerve for city-slicker Bendites, don't expect a record-scratch and silence upon walking through 1188's door. The expansive space is bright, airy, and more than welcoming to anyone happening upon the town.