Out of Work? You're Not Alone | The Source Weekly - Bend, Oregon

Out of Work? You're Not Alone

Source In two weeks, unemployment claims dwarf the number claims made during the Great Recession.
People who work in restaurants, tourism and retail were the first to lose their jobs in both in Central Oregon and across the country, due to the coronavirus pandemic.

As the Oregon Employment Department struggles to keep up with thousands of new daily claims, the layoffs continue.

Navis CRM, a Bend-based technology company that serves the hospitality industry, laid off a third of its workforce last week. Deschutes Brewery reduced its administrative staff at its Bend headquarters, including laying off two dozen employees in marketing and sales. This is in addition to letting go of over 100 servers, cooks and bartenders at its pubs in Bend and Portland.

Behind these number are real people; those who depend on those jobs for their livelihoods and as a way to provide for their families.


Derrick Goodrich has worked in the restaurant industry for seven years in Bend. His most recent gig was at The Blacksmith Restaurant downtown, a busy fine-dining establishment that was a blacksmith’s shop in the 1920s. Before landing at Blacksmith, Goodrich juggled multiple jobs, sometimes working 70 hours a week in the height of the summer in order to save and have disposable income. As a result, he’s grateful to enter into a period of unemployment with a little savings in the bank.

“I feel lucky. I've saved more than the 40% of Americans living paycheck to paycheck," he said.

According to the Federal Reserve’s 2018 Survey of Household Economics and Decision Making, 40% of Americans said they would struggle to come up with $400 to pay for an unexpected expense.


The CARES Act, signed into law by President Trump on March 27, will increase weekly unemployment compensation by $600 a week. tweet this

Goodrich said he's found a bright side to having more free time.

“I’m a workaholic. I spend so much time taking care of other people—and I love my job, I love the Blacksmith and the people I work with—but it’s nice to have the luxury of focusing on myself and other projects for a little while,” Goodrich said.

Goodrich said he applied for unemployment benefits within hours of hearing the news of The Blacksmith’s closure, but the Oregon Employment Department required him to fax back a form documenting his final day waiting tables.

“There was a [phone] number on there, but it was completely non-operational,” he said.

He ended up having to bend the rules of social distancing to go to Bend WorkSource (a publicly supported employment agency) to ask them to fax the form back to OED for him. He said that while the OED is doing all it can to route people through the online application process, not everybody has access to the technology (or a fax machine!) to make it an easy transition.

Goodrich might qualify for a higher benefit than other service workers because the Blacksmith reports and taxes its servers' tips. Other people I spoke to in the service industry expect to make around $300 a week from unemployment insurance—though the CARES Act, signed into law by President Trump March 27, will increase weekly unemployment compensation by $600 a week.


Challenges for the Oregon Employment Department


Gail Krumenauer, communications director for the Oregon Unemployment Department told the Source that it has tripled its staff capacity to deal with the onslaught of applications. For people who can't get through to the department over the phone or who have applications in limbo, benefits will apply retroactively from the date of job loss.

“Multiple people re-dialing the number hundreds of times simultaneously has the effect of jamming the phones so that fewer people can actually get through at all to someone to help them,” Krumenauer said in an email. “We ask for their patience and understanding; we are doing everything we can to process the tens of thousands of claims we have received as quickly as possible.”

The OED has released a series of videos on its website to explain the process of filing a claim during the COVID-19 State of Emergency.

Oregon Employment Department processed 3,371 claims from Central Oregon (Deschutes, Jefferson and Crook counties) during the week ending on March 28—up from 1,543 processed the week of March 21. The majority of claims came from the tourism industry and restaurants, then health services, manufacturing and construction. Because the OED has been so overrun with claims, many have not been processed, so the actual claims filed by people in Bend and the surrounding areas could be much higher.

Last week, a total of 92,700 Oregonians filed for unemployment insurance, compared with 76,500 the week ending March 21. During the week before Gov. Kate Brown declared a state of emergency, only 4,900 claims were filed statewide. 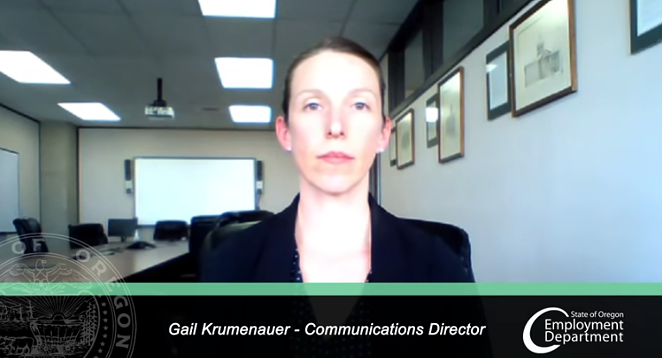 
Over 6.6 million Americans applied for unemployment during the week ending on March 28, which doubles the historic high (3.3 million claims) from the week before. Next week could bring more record numbers as states such as Georgia and Florida finally adopt the kind of “stay at home” policies that were implemented weeks ago in the West.

Restaurants, retail and hotels were hardest hit nationwide, but other industries could suffer from a change in the consumer psyche in the aftermath of so many sudden layoffs. While people can still buy things online, spending money on anything besides necessities may feel risky in a time characterized by depressing headlines and a downward spin in the stock market.

Meanwhile, the Federal Reserve Bank of St. Louis predicted last week that unemployment in the U.S. could reach 32% (or 47 million laid-off workers), higher than the 24.9% peak unemployment during the Great Depression. By comparison, just four weeks ago, unemployment was at 3.5%. During the Great Recession in 2008, unemployment peaked at 10%.
“We are an industry that looks out for the common worker; people living paycheck to paycheck. On the micro level, it’s devastating. But on the macro level, there is historical precedent for recovery.” Todd Montgomery, business & hospitality instructor, OSU-Cascades tweet this

Oregon’s Sen. Ron Wyden and Sen. Jeff Merkley presented at the Bend Chamber of Commerce’s weekly COVID-19 Impact Webinar Thursday to explain the $2 trillion federal stimulus bill that passed last week. The CARES Act will enable businesses to take out loans to cover their payroll as well as overhead expenses. The government will forgive the loans once the coronavirus crisis is over if business owners retain those employees, and businesses can use the funds to hire back recently laid-off workers. 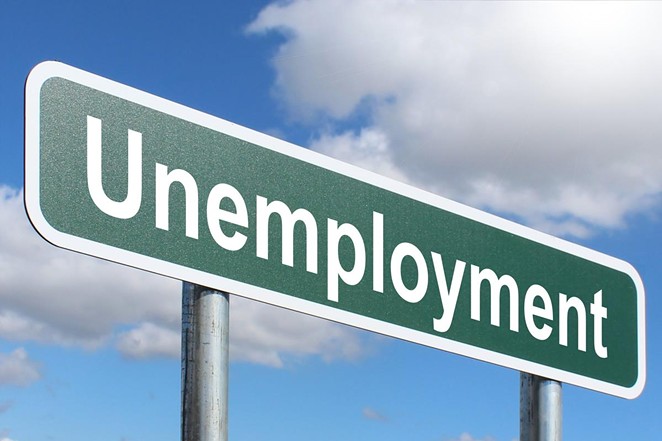 
Todd Montgomery, a senior instructor for the Business & Hospitality department at OSU-Cascades, has spent much of his life working in places around the globe hard hit by natural disasters—including living on an island south of Japan, in an area called “typhoon alley” because it was so vulnerable to disruptive storms.

“Recovery was always uneven, but the first people to come back were backpackers, scuba divers and surfers, because that’s their life’s passion,” Montgomery said. “Places that are more remote—away from urban centers—could recover [from the crisis] more quickly. Places people can drive instead of getting on a plane… Bend is well positioned because that is where most of our travelers come from.”

“Mountain biking, hiking... these are the activities that will come back first, and we offer that,” he said.

“Right now it’s really painful,” he said. “We are an industry that looks out for the common worker; people living paycheck to paycheck. On the micro level, it’s devastating. But on the macro level, there is historical precedent for recovery.”


See all our coronavirus-related coverage at our Coronavirus HQ.