Outside Opens Up | Outside Features | Bend | The Source Weekly - Bend, Oregon

Deschutes National Forest opens day use, but don't expect bathroom service. And floating the river? Maybe, and only if it's DIY

May 20, 2020
1 comment
As businesses begin to open—with restrictions—across various Oregon counties, the outdoor offerings are moving in that direction, too. State, National Forest, Bureau of Land Management and city properties parks are starting to allow more visitors in areas that can adhere to Phase One reopening policies.

We've rounded up the latest in what's open, as of Wednesday. 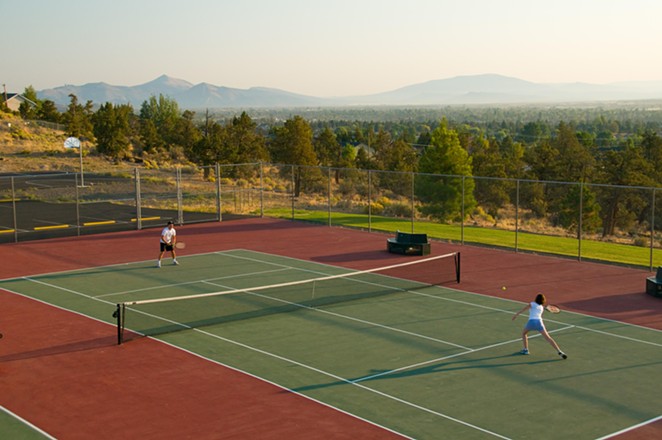 *We received a press release from Bend Park and Recreation District on May 20 following their original announcement, stating the opening of sports courts would be put on hold due to difference in the interpretation of state-wide outdoor recreation guidelines. More details to follow in the coming days.

Bend Park and Recreation District will open pickleball, tennis, bocce and horseshoe courts May 21. While using these non-contact sport courts, users must maintain the standard 6 feet of separation. BPRD suggests playing singles only, unless someone's doubles partner is from the same household. The district also recommends having each player in the group to have their own ball to serve, so not everyone is touching the same ball without gloves. If there's only one ball, pass between players with paddles or gloves, BPRD recommended.

The City of Redmond Parks Division will also open its tennis and pickleball courts May 21 at 8am. City leaders say they're enforcing the same guidelines around sharing balls and doubles, tennis, also reminding people to wipe down their equipment after using the courts.

As usual, the districts remind people not to play on the courts if you're showing symptoms of COVID-19, have been in contact with someone who has COVID-19 in the last 14 days or are an individual more susceptible to these conditions.

Will you be floating the river this summer? 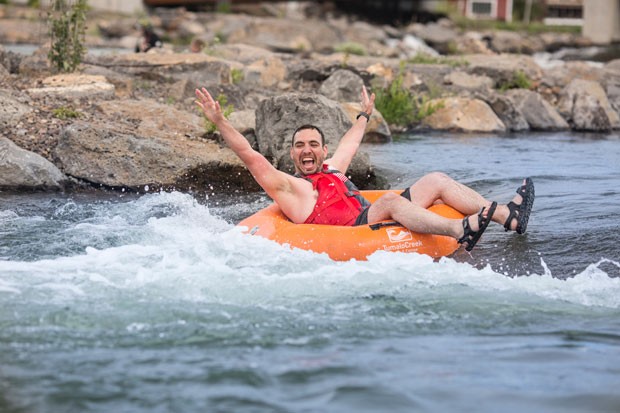 During the live-streamed BPRD Board Meeting May 19, the discussion around safely floating the river had more questions than answers.

"We know that people are going to be anxious to get on the river," said Michelle Healy, BPRD Deputy Executive Director. "Encouraging social distancing and safe practices, and still getting people access to the river is going to be a delicate balance."

Healy said BPRD likely will not offer a tube concession this summer, although BPRD may make paddle boards and kayaks available.

"We don't want to restrict [access] and drive people to private property, where they may damage riparian areas or trespass," added Healy. "In addition, the Ride the River Shuttle is not going to be operating this summer, which adds another layer of complexity if you were to have that full float experience. There's a lot of work to do."

BPRD is just beginning the conversation around floating the river; more updates should be coming.

Two of the three skateparks in Bend are now open as of May 16, including Rockridge Park and the newer skate area on the south side of Ponderosa Park. The only one that remains closed is"Old Pondi," toward the north side of the park—the second and older area at Ponderosa Park.

All launches and take-outs managed by BLM for the Lower Deschutes Wild and Scenic River will also open as of May 21. Harpham and Sandy Beach launches will remain closed, and boating in segment 2 from Maupin City Park to Sandy Beach is not allowed. Those who already had a boating pass for Harpham or Sandy Beach can switch it out with one of the alternative launches and take-outs, including Wapinitia, Nena, Long Bend or Maupin City Park. To change a launch or takeout location, find the link to do so here.


All launches and take-outs on the John Day River will also be open.

For campers, Prineville BLM is lifting restrictions on all dispersed and designated camping sites along the Lower Deschutes and other sites in the Cline Buttes, Crooked River Ranch and Lower Crooked River areas. These sites include North Barr, Buckhorn, Steelhead Falls, Big Bend, Palisades, Chimney Rock, Stillwater and Lone Pine.

Just in time for Memorial Day Weekend, the Deschutes National Forest announced that most of its developed day-use areas and boating ramps will be open this weekend.

"I am happy to share that we are opening many of our boat launches and trailheads that provide access to the landscape and recreation we all enjoy so  much," said Forest Supervisor Holly Jewkes in a press release. "We appreciate your understanding as we work to restore entire services to these sites. In the meantime, we will not be charging day use fees."

In addition, the Forest Service opened the Cascade Lakes Highway May 19.

While sites are open in day-use areas, restrooms will not be cleaned and garbage services will not be provided. Find the Deschutes National Forest's list of what areas are open and what is still closed here.