Over 1,000 Uber Drivers Ready to Take Central Oregon for a Ride

Uber service begins May 4 in Bend and Redmond; Sisters soon to follow

May 03, 2017
comment
As of 10 am Thursday, the transportation networking app, Uber, will be open for business in Bend and Redmond. Redmond Mayor George Endicott and Bend Mayor Casey Roats took a ceremonial ride in an Uber car Wednesday, somewhat unceremoniously beginning what could be a brisk business for the San Francisco-based app that connects drivers to people in need of a ride. 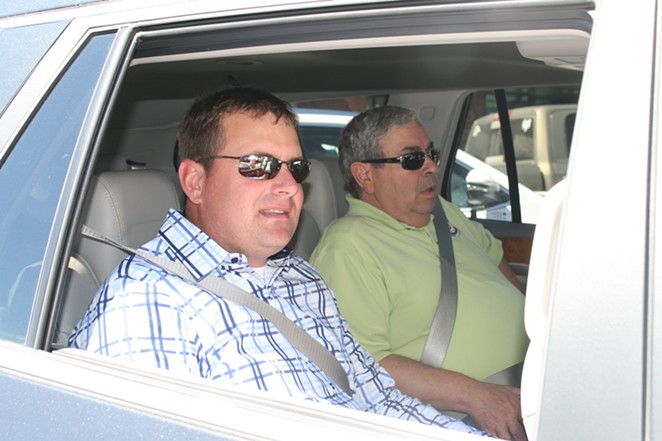 Uber's Public Affairs Manager Jon Isaacs told the Source Weekly Wednesday that more than 1,000 people have already signed up to be drivers in the Bend and Redmond area—a signal that getting a quick ride near you, day or night, is not likely to be a challenge.

With that many drivers in service, both mayors said they thought the service would help cut down on impaired driving and improve public safety.

In addition, "I'm really excited about parking downtown, because we run out of parking down here," Roats said of downtown Bend. "We are working actively on a parking management plan and a long term menu to build parking structures, and if we could get a couple thousand people in and out of downtown in a busy weekend without having to come and park and use that space up, that's a good thing."

"Working with Uber, we were pretty rigorous about the process we wanted to see in place to make sure the drivers cleared a background investigation, and we worked very hard together to make sure we got consistent policies, so that also Uber knew what to expect when they came into Central Oregon," said Endicott. "We did all that as a cooperative process, and again, back to the safety issue, it's really important for us to know the drivers are fully vetted, they run through a background check and all that, so we're pretty confident how all that goes well there."

As for the potential competition this now brings for local cab companies, Endicott said, "We worked very hard to make it consistent. We have a level playing field. Everyone has to meet the same requirements when it comes to things like background checks and insurance requirements, even getting in the airport, the fees you have to pay and all that."

Not only that, Isaacs says in the city of Portland, a recent report found that there are more taxi companies now operating, and doing more rides, in the city following the advent of ride sharing apps such as Uber and Lyft. Not only that, two Portland cab companies are operating within the Uber app, Isaacs said, adding that his company is open to offering a similar service in Central Oregon, should cab companies be interested.

City officials in Bend and Redmond approved new taxi ordinances early this year, paving the way for companies such as Uber to operate in the cities. According to an April report from KTVZ, officials in the city of Sisters also adopted a city code, similar to Bend's, for transportation networking companies on April 26.

According to a news release from Uber, riders will get 50 percent off their trips, up to $20 off, through midnight Sunday, and first-time users get $10 off their first ride by using the promo code "UBERBEND10" through July 15. 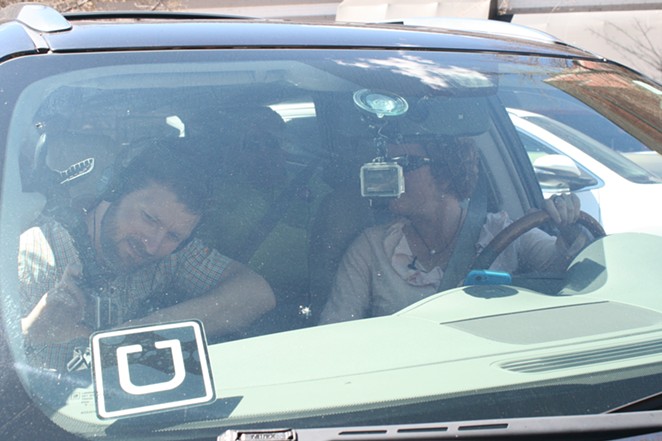