Owner of the dogs is cooperating with investigators, charges may be filed later 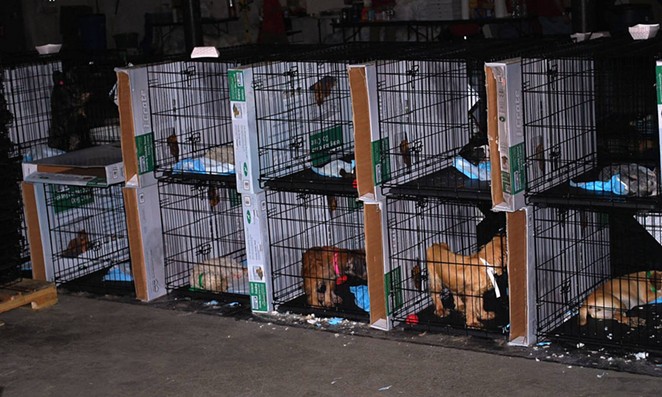 On March 16, deputies with the Deschutes County Sheriff's Office went to the 51000 block of Ash Road in La Pine to check on multiple dogs.

After seeing the dogs, the deputies determined basic care standards were not being met, and found one female adult dog and two puppies that were in need of urgent care.

The owner of the 53 dogs released ownership to the Humane Society of Central Oregon. Since the seizure, the female adult dog had to be put down. Medical evaluations of the other dogs are ongoing, and the fate of the puppies is unknown at this time.