Owyhee Canyonlands Have a Chance!

Oregon's two senators, Sen. Jeff Merkley and Sen. Ron Wyden, have taken the land conservation bit in their teeth and are running with it to protect the Owyhee Country from rack and ruin.

The two Democratic senators have co-written a bill named the "Malheur Community Empowerment for the Owyhee Act." In doing so they have stuck their necks out with legislation that would not only protect the gem of the Oregon High Desert, but also provide many opportunities for Oregonians living in Eastern Oregon to see their land preserved.

There's a long road ahead to get this legislation passed, and many hurdles to overcome, but today the bill has reached a milestone, decades in the making.

Before we take a look at the Wyden/Merkley act, let me tell you a little about the Owyhee Country, starting with the name. If it sounds Hawaiian, it's because it is: "Owyhee" was once the correct spelling for the State of Hawaii.

Back in 1819-1820, members of Donald MacKenzie's Snake Country Expeditions were Hawaiians, commonly known as "Kanakas." They were looking for gold and whatever else they could take from the Shoshone/Bannock people who called that part of Oregon home.

Three members of the party were left in what is now the Owyhee River area to do some fur-trapping and to look for things of value. MacKenzie had made arrangements to meet them near the Boise River, but they never showed up.

It wasn't until the spring of 1820 that the party went back to look for their missing members. Resident people showed them a skeleton, thought to have been one of the Kanakas.

The river today bears the name Owyhee, honoring the three men who vanished, but in my opinion, it should be named for the original people who the Kanakas found living there. But I guess that's the way it was when the settlers were naming things.

The source of the Owyhee is in northeastern Idaho. It runs past the Duck Valley Indian Reservation in Nevada and enters Oregon in what is now Owyhee County in the southeastern part of the state.

Our family had the supreme pleasure of floating the river one time starting from Rome. Even at my old age of 91, that adventure still lives in my heart.

At every bend of the river, as towering volcanic cliffs knocked our eyes out, I couldn't help but envision the enormous glaciers from the last Ice Age gouging out the beautiful canyons we floated through—and what a horrible sight it would be if oil, gas or gold were to be discovered there.

Now, if all goes as hoped in the federal government's land decisions, the Owyhee Country may end up protected from the runaway greed of man, and our grandchildren's grandchildren can see what we're seeing today.

By creating the bill, Wyden and Merkley have proposed that all the users of the land, including wildlife and scenic interests, ranchers, tribal cultures, hunters and bird-watchers will have a say in what happens to the land. tweet this

The bill is known as the Malheur Community Empowerment for the Owyhee Act (Malheur County C.E.O.s Act). The key word in that title is "community." It isn't just the pristine area of the Owyhee that would be protected, but all the land within Malheur County, which includes grazing lands.

The key to ensuring wise and balanced use of the land is the "Monitoring Network." Unfortunately, in times past, monitoring was not in the program, and for that reason thousands of acres of prime greater sage-grouse habitat were destroyed and turned into cow pastures, which was not in any way beneficial to grouse. 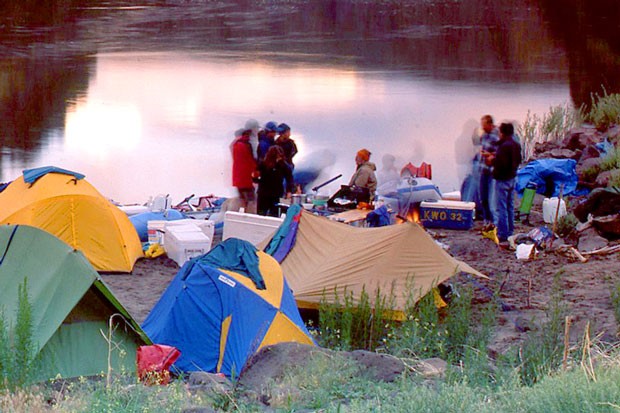 By creating the bill, Wyden and Merkley have proposed that all the users of the land, including wildlife and scenic interests, ranchers, tribal cultures, hunters and bird-watchers will have a say in what happens to the land.

This statement by Wyden and Merkley ensures the bill will have those protective qualities: "It also creates the Malheur Community Empowerment for Owyhee Group (Malheur C.E.O.s) consisting of local ranchers, environmental organizations and tribal representation to advise on the Monitoring Network as well as the Programmatic Environmental Impact Statement that will analyze present conditions of the land as well as the effects of future adaptive management of the land."

The Oregon Natural Desert Association has worked hard at bringing protection to the Owyhee. Its representatives have said, over and over, "In our modern age, the Owyhee Canyonlands are truly in the 'middle of nowhere.' It is an area that is the farthest away from a major highway—and a McDonald's—in the U.S. Cell phone signals are nonexistent. In the coming decade, scientists say it may become one of the only places to view the night sky and the Milky Way in the lower 48 without light pollution."

And they remind us that "progress" may destroy it all: "While remoteness has long protected the Owyhee, development pressure—including mining and oil and gas development—is now clawing at its edges. Before these forces take hold, let's have the foresight to protect the Owyhee's wild rivers, life and beauty for generations to come."