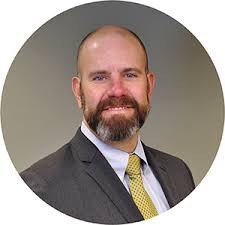 FuturePAC, a campaign committee for Democrats in the Oregon House, has withdrawn support for Nathan Boddie, the Bend city councilor who's running on the Democratic ticket for Bend's House District 54.

In a statement released Tuesday, FuturePAC said the decision comes in response to "serious allegations of inappropriate behavior." Oregon House Speaker Tina Kotek stated in the release: "Based on FuturePAC's investigation, I believe these allegations are credible, and we are very disappointed in Dr. Boddie." The release obtained by the Source Tuesday did not specify the specific nature of the allegations made against him.

Other local news outlets reported on the nature of those claims early Tuesday, reporting from activity on Twitter and a previous version of a release, allegedly from FuturePAC, that listed the claims against Boddie in more detail. The Source was unable to substantiate those reports.

On Monday evening, Boddie issued a statement, saying, "For decades, I've dedicated my life to progressive ideals and helping those least able to look after themselves. There has been a recent attack on my character that is disheartening, untrue, and shakes me to my core."

Boddie said he'd continue in his race, adding "I have spent my medical and political career helping increase access to care for women and LGBTQ patients and anyone who needs medical treatment. My colleagues across the aisle, or whoever is responsible for this, should be ashamed for taking the low road." Boddie was not available for follow-up before press time, but his campaign staff said he had not yet been informed of the exact nature of the accusations as of Tuesday afternoon, adding that it appeared there had been two versions of the FuturePAC release.

According to the Tuesday FuturePAC release, other PACs, as well as the Bend Firefighters Local 227 have withdrawn support for Boddie. The Deschutes Democrats, meanwhile, stated on their Facebook page Monday: "Unless and until we have more to go on than a press release from a PAC, we will continue to support Dr. Nathan Boddie, and we hope you will, too."