Pacific Power is Done with Dam

Huge news: Pacific Power, the utility company that owns the dam which creates Mirror Pond, is calling it quits on the leaky, 103-year-old dam.

PacifiCorp has determined that it would not be cost-effective for its customers to make the investments needed to continue long-term operations at the company’s Bend hydroelectric generating project.
The decision follows a thorough engineering inspection of the project dam after a leak in the dam developed in early October, the third such leak in approximately five years, which also prompted a broader analysis of the facility.
“First and foremost, the inspection confirmed what we expected; the dam remains safe and is in overall good condition for a 100-year old facility, but further investment would be required for the hydro project to operate long term,” said Mark Tallman, PacifiCorp’s vice president for renewable resources.
“After a century of producing clean, emission-free and affordable power for customers, it’s time to divest or retire our Bend hydroelectric plant,” Tallman said. “It simply isn’t cost- effective or in the best interests of all our customers throughout six western states for PacifiCorp to rebuild the facility and generate power to serve current and future generations of customers.”
The company will pursue discussions with the Bend Parks and Recreation District and the City of Bend to determine if an agreement can be reached that places the dam under local control in a way that PacifiCorp can also demonstrate to regulators that the outcome is in the best interest of PacifiCorp’s customers. 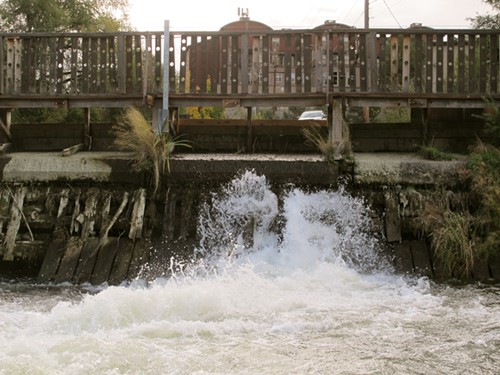