Delivery theft is real—but options abound for avoiding it

Shopping while sitting on your couch buried underneath a comfy blanket—cup of coffee in one hand, smartphone in the other—seems like a stress-free way to buy holiday gifts. That is, unless package pirates steal your delivery.

An online post from Bend Nov. 6 tells the tale: "Package thieves stealing off porches!" the post's headline read. "Caught red handed on security cameras! A woman and an unseen accomplice were caught driving from house to house this afternoon around 1pm stealing packages off door steps." 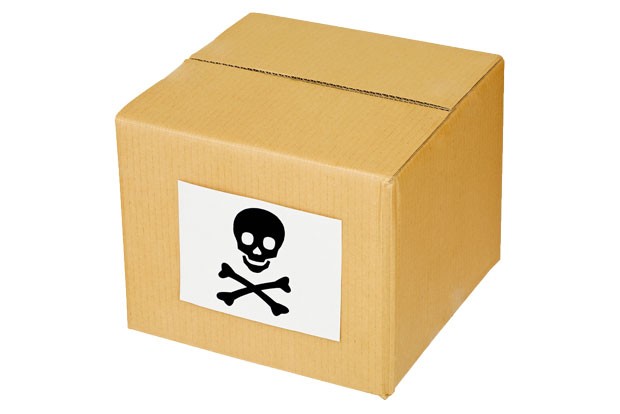 Cal Callegari, a 15-year veteran of the U.S. Postal Service who works in Bend, said package theft is more prevalent than people realize.

"We get blamed for not delivering it (packages) but just on my route the other day, I had possible suspects watching every move I was doing," Callegari said. "So you think Bend's a small town—it's not the case anymore."

Callegari said he thinks package theft is getting worse in Bend, and has many stories of incidents he's witnessed.

"So I saw the UPS guys, they were doing the runner drop with the runner and the driver, and they dropped off a package and all of the sudden here comes another car and swooped right in—it was a truck no less," Callegari said. "He already had packages in there and they pulled it right off the porch. I was able to take the license plates and call the cops saying, 'I think we've got somebody stealing packages, here's the description of the vehicle and there you go.'

"And they were in just a normal truck, they had to be stealing packages," Callegari continued. "Just stalking. Christmas shopping—not the right way."

According to a study commissioned by InsuranceQuotes in 2017, 25.9 million Americans said they've had a package delivery stolen from a front porch or doorstep, up from the 23.5 million porch thefts in a 2015 survey.

This year, PEMCO Insurance Northwest conducted a poll that found 94 percent people asked said they order items online and about half said they've had a delivery stolen. About 25 percent said they do nothing to ensure their packages are safe.

The City of Bend Police Department said there are things you can do if you're expecting a package, including having it sent to work, having it held at the location that's delivering it for pickup, having packages shipped with a signature required or simply shipping packages to friends or family who are home during the day.

Callegari said there are three things he recommends. First, try to be home. Second, try to get your neighbors involved so if people are home during the day, they can get packages for you. And third, have expensive items held at the post office.

"I know this time of year coming to the post office, everybody cringes about that, but if I'm expecting a high-dollar amount (package), that's what I'd do," Callegari said.

Safewise—a website that researches home security products—recommends seven things to deter would-be package thieves: Installing security cameras, getting to know your delivery people, using a package locker, upgrading your mailbox to have a lock on it, networking with neighbors to make sure deliveries don't get stolen, adding a smart doorbell to your house or simply picking up packages in person.

With the advent of smartphones and the myriad applications that run on them, security cameras have become affordable for most homeowners. Simple security systems, like Nest, run about $280 and work from a smartphone app. The basic package comes with sensors and motion detectors many people can install themselves. Ring sells "smart doorbells" for about $100 that allow people to install an app and see who's at their door remotely.

Amazon Prime members can use self-service lockers that eliminate the need to have deliveries sent home. The lockers are located at places including grocery and convenience stores in more than 900 cities. Bend's sole location, according to a search on Amazon, is at Whole Foods on Hwy. 20. People have three days to pick up the package before it's returned for a refund.

Other security measures include things like BoxLock, a locking device that attaches to a package receptacle that sits on your front porch. The $129 BoxLock works with an app on your phone and your home or business' wifi that allows a delivery person to scan the barcode of the package they're delivering with the BoxLock app to open the lock and place the delivery inside.

Even with the best home security measures, determined thieves can still get packages. In a USA Today story last November, Capt. Gary Berg of the Campbell, Calif. police department said he could only think of one example of a thief being identified based on surveillance images and then arrested.

Possibly the most Grinchy story comes from Aloha, Ore., where Washington County sheriff deputies arrested an Amazon delivery driver this month for taking a "bait" package off a porch after leaving a legitimate delivery at the address, according to a story on Oregonlive. The man, 29-year-old Perez Johnson had, along with the bait package, 18 Amazon boxes awaiting delivery, the Oregonlive story said.