Pageantry on the Deschutes

An upcoming talk brings back memories of the Bend Water Pageant 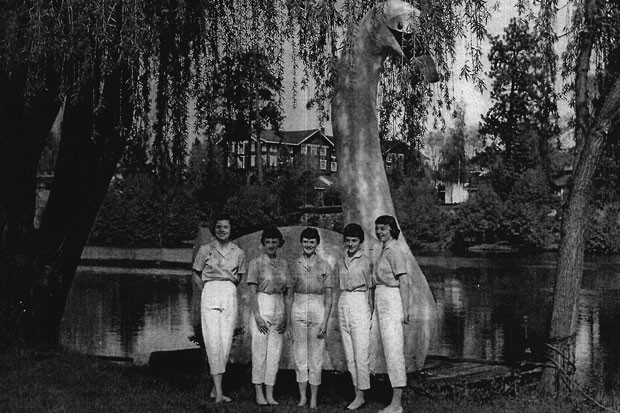 Those who grew up in Bend may have fond memories of spending the 4th of July at Mirror Pond, watching colorful floats parade down the river.

The first Bend Water Pageant was held in 1933, an effort by the Bend Chamber of Commerce. By the peak of the event's popularity in 1940, Bend's population exploded to over 18,000 people for July 4, according to the historical marker in Pageant Park. That nearly doubled the town's regular population of 10,000 residents. The two-hour event featured elaborate floats, often pulled by small boats and men swimming in the river, adorned with colorful lights. In addition to the fabricated family of swans that floated the river each year, local organizations created around 18 floats each year to participate in the parade.

Sue Fountain, vice president of the Deschutes Historical Museum's board of directors, is in the process of curating a timeline of archival stories and photos featuring the Bend Water Pageant. Now 73 years old, Fountain grew up in Bend and saw the pageant grow over the years.

"Every year they'd worry if it'd be too cold, or one year, there was a big wind storm as the arch blew over and they had to real quick patch it back up," said Fountain, laughing. "But it always went on." 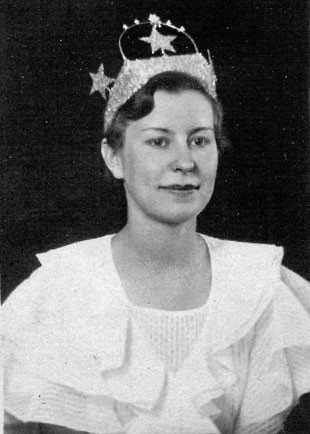 The pageant included a royal court, selected from local teens. Fountain's older cousin, about eight years her senior, was crowned a pageant princess in 1955 — just as Fountain wished she would be when she reached her cousin's age. However, a lot can change over the better part of a decade. By 1965, the Vietnam War was televised in American households, President John F. Kennedy had been assassinated and Beatlemania was sweeping the nation.

"Everything changed, you know, the tone of things changed," said Fountain. "By the time I was a senior in high school we were just in a new time, we were much more outward-directed."

In December 1965, the Bend Chamber of Commerce voted to discontinue the pageant. The costs were too high and there weren't as many volunteers as in the past, said Fountain, making the event more difficult to produce every year.