Pandemadating: Love is a Battlefield | The Source Weekly - Bend, Oregon

Pandemadating: Love is a Battlefield

[Note: Names of those quoted have been changed to protect the identities and privacy of innocent humans seeking love.]

The gap between those coupled up going into COVID and those not is as vast as a battlefield, casualties piled high on the latter side. What's a single lone-star cowpoke to do? Instead of standing in front of the loneliness firing squad, many have sought a partner through the modern marvel of the interwebs. These are their stories. 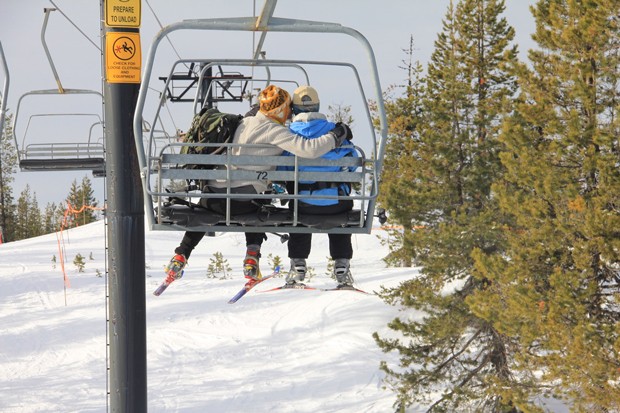 Let's be real. Online dating is treacherous and awkward enough without newly requisite masks, sitting 6 feet apart, Zoom booty calls and 14-day quarantines prior to meeting IN REAL LIFE. Then again, people have always been willing to jump through hoops for romance—including the Evil Knievel-style ring of fire that defines digital dating. Instead of asking how many dates are appropriate before a kiss, an overnight or a consummation with a perfect stranger, people are now asking, how many dates until we can meet in person? Instead of the good old-fashioned questions like, "Have you been tested for STDs?" now, standard queries are, "Will you get an invasive COVID screening?"

To make matters worse—according to some reconnaissance—the habit of ghosting is more popular than ever. A local writer we'll call Amy, cyber dating in 2020, found, "TONS of Californians who want[ed] to meet up one time and then ghost. Did they hope for a one-night stand? I don't roll like that. It's been a really weird experience having so little care and/or interest shown in actually making a connection." Has the swipe-right digital meet/meat-market stolen our every civility and sense of decorum?

What's worse than being ghosted? Being backdoored by a 50+ year-old and her gaggle of girl crew. A man we'll call Richard defines the term "backdoored" as a process of digitally stalking a dating prospect. Cyber voyeurism, if you will. With the precision of a fine-tooth comb, each photo and post is carefully inspected to learn everything one can about a person in advance of meeting them. Richard insists it's a way for some to get a jumpstart on first date third-degree jealous questioning. Yikes! Duck and cover.

What's worse than being backdoored? Being fished by a mediocre kayaker with top-notch clickbait. Let me explain. Last fall, when a local whitewater boater, we'll call her Tammy, noticed familiar kayaking photos popping up on a random male Tinder profile, she started asking questions. Turns out the digital Casanova was thieving waterfall drop pics from other accounts and attempting to pass them off as his.

"At first, we roasted him on social media because it was funny, then a few women spoke up about him being legit creepy to them and asking for sex videos and such.... I felt like an Instagram roasting was in order ," shares Tammy. She posted screenshots of the interaction and rallied moral support in the boating community for this guy's Tinder victims.

All this sound a bit lackluster? Are you too lazy to fill out a polished Tinder or Bumble profile with a little-house-on-the-prairie, new-wave colonial, high-desert outdoorsy, nonchalant-hipster, I-just-wake-up-looking-like-this-model filter? Here's an alternate option from the author that hasn't produced the love of her life, but has filled some of the solitude void during COVID plague fallout. Take a stab at Russian-roulette speed dating—a la the ski lift.

“At first we roasted him on social media because it was funny, then a few women spoke up about him being legit creepy to them and asking for sex videos and such.” tweet this

Here's how it works. Head up to the mountain solo. Get in line. Get matched with another single to ride the lift with. Once seated on opposing bench ends, while hiding under balaclavas and goggles, assess each other purely on personality and outer apparel/hard goods ski brands. H2NO vs GORT(S)EX. If the match seems promising, offer to take a run together at the top of the lift. Anytime the match becomes unwelcome (this does not count as ghosting), break off with a simple wave good-bye carefully timed with a last-minute dash for the West Village get-back. But if there's chemistry, keep up the hot laps.

If you have to dodge dating landmines, at least do it while you're shredding. Two birds, one stone. Just saying. See you on the lift... (I'm sporting last season's royal blue Patagucci bibs).