Longstanding bike event will have to wait til 2021

April 09, 2020
comment
It was back in 2019—but now, it's off for another year. Organizers for the Cascade Cycling Classic announced today that the event is on hold until 2021 due to the coronavirus.

With last year's event happening in late May and early June—and with no one really yet knowing when society will return to normal—organizers had to make the tough call now to cancel the race. 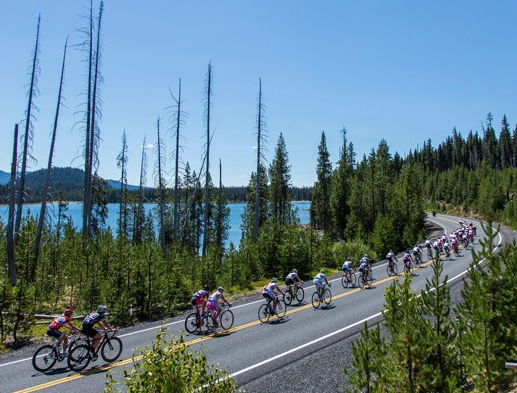 "We have an obligation to put on the best race we can," wrote Bart Bowen, executive director of the Cascade Cycling Classic Youth Foundation in a release Thursday. "With what is happening in Central Oregon and around the country, it's just not possible to put on a race up to our standards this year." Organizers have set a date for next year: June 2-6, 2021.


The CCC started in 1980, founded by a land developer and two employees from Sunnyside Sports. It was originally called the High Desert Museum Classic, and the two-day, three-stage ride attracted about 100 riders.

That first year featured a 5-mile time trial up Lava Butte, a downtown Criterium in Bend and a 76-mile Deschutes Road Race.

More recent iterations include amateur and professional-level stage races, family rides, a single speed race and plenty of fun for spectators. The CCC is the longest-running stage race in America, according to its organizers. The profits from the event benefit the Cascade Cycling Classic Youth Foundation, which creates cycling opportunities for children and teens.