Thousands of Oregon parents unite in an effort to re-open schools by Jan. 6

As local COVID-19 cases spike, Bend-La Pine Schools is no closer to opening its doors than it was in September. That has some local parents frustrated enough to take to the streets in protest, while simultaneously organizing an online effort to demand action from elected officials. 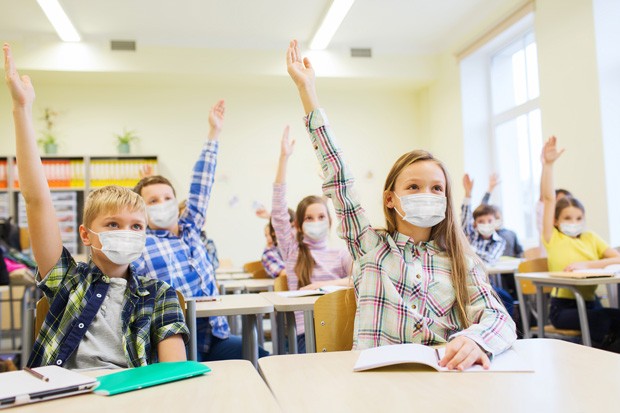 Local organizers Kelly Vlach and Indu Fairbanks of the Open Bend-La Pine Schools Facebook group joined forces with a statewide coalition of parent groups, called ED300. The coalition is pressuring elected officials to ease restrictions on in-person learning and to open schools by Jan. 6, according to a Nov. 9 press release from ED300. This is the first joint effort by tens of thousands of parents from all over Oregon, the release stated.

Jan. 6 marks the 300th day that the majority of Oregon's 600,000 students have been forbidden to return to school buildings.

"We witnessed learning losses, technology failures, repercussions of no school-based activities, accessibility issues for students with disabilities, and significant mental and emotional health challenges for too many students," the group wrote.

ED300 encouraged Gov. Kate Brown to remove the current barriers to classroom learning and asked superintendents, school boards and lawmakers to engage with parent activists to implement a safe return to in-person learning and co-curricular activities.

The coalition also demanded the removal of county-level metrics and mandates from the state.

"We are out of alignment with 42 other states that have guidelines rather than mandates," the statement read. "Oregon's overly blunt mandates are prolonging closures and harming every age student, from early learners to high school students who need support in their journeys to higher education."

The Oregon Department of Education and Gov. Brown did announce more county-level decision making when she laid out more relaxed reopening metrics Oct. 30. According to the new rules, school districts can begin opening elementary schools for in-person instruction once a county has fewer than 100 cases per 100,000 people, based on a two-week average. When the new ODE guidelines were first released, Deschutes County's two-week average for the week of Oct. 11 – Oct. 24 was 67.9 cases per 100,000.

This spike dashed BLPS' plans to reopen and invigorated some members of the Open Bend-La Pine Schools group. So far, it has 2,100 members. Its organizers led a demonstration Oct. 5 in front of the BLPS Administration Building.

Like ED300, Vlach and Fairbanks encourage members to contact local, state and federal leaders and pressure them to re-open schools.

"While the latest news of not meeting metrics once again has been disappointing, our focus remains on advocating for our children's safe return to school," Fairbanks told the Source. "They have been out of the classroom far too long at this point, and it's just not acceptable."

The statewide parents' coalition is planning an upcoming rally at the Oregon State Capitol Building in Salem on Nov. 16 from 4 to 6pm.

ED300 concluded its press release with this quote from Dr. Ashish Jha, the dean of Brown University's School of Public Health, published in Education Week on Nov. 2: "There's no doubt in my mind that schools need to be bolder than they're being. There is a large mental health cost to children. And we know this is going to very substantially widen the achievement gap between wealthier/white students and poorer/students of color.

"I'm not saying schools should never close. They probably should at some point if things get really horrible. But the idea that schools should be the first casualty, before casinos, bars, and restaurants, in my mind defies logic," Jha said.