Party It Up at the Brewery | Beer & Drink | Bend | The Source Weekly - Bend, Oregon

Party It Up at the Brewery

Anniversaries and concerts go into overdrive 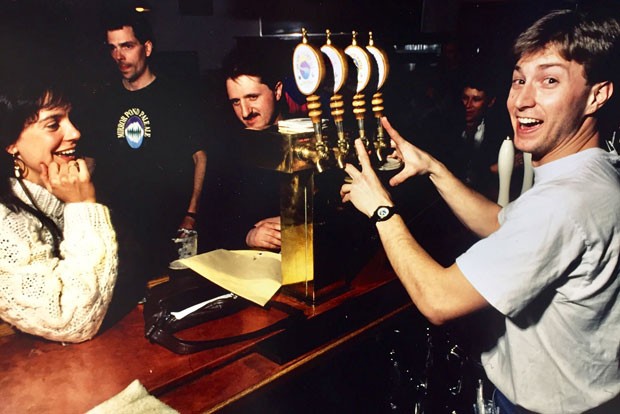 It's not exactly a surprise that every summer in Bend is packed with beer-oriented events. It's an outdoors kind of town, and there's something enticing about knocking off a pale ale or two while enjoying the scenery by the river. (It's arguably just as much fun to curl up by the fire and enjoy a nice, heavy stout to ward off the chill, but hopefully that won't be for another four or so months.)

June is full of brewery events, and there's no doubt that Deschutes Brewery's pair of shindigs leads the pack. Monday, June 25 will feature a "Super Locals' Night" to celebrate 30 years of slinging beer, wings and a ton in between at the original Bond Street brewpub. Vintage Deschutes clothing is recommended—assuming it still fits after all these years—and quite a few of the original classics, including Cascade Golden Ale and Bachelor Bitter (still a Bond Street exclusive), will be on offer. Deschutes also plans to bring back some of the more memorable food specials of the past, though probably not at Reagan-era prices.

But Deschutes isn't the only local business with a birthday coming up. Crux Fermentation Project turns seven this month, and despite ongoing construction at their brewery (and the charmingly barricaded Industrial Way), they're celebrating it in style. Cruxapalooza 7 takes place this Saturday at their HQ, and it'll be a typical summer Saturday there—just with the intensity turned way up. Five different bands are scheduled to play between 11:30 AM and 10 PM, and more than 30 beers will be available on tap; check their site for details.

Last but not least, Boneyard's much-awaited new pub and restaurant on Division Street is...not open yet. Sorry! In the meantime, they're holding a party at the old taproom on 37 NW Lake Place to wish a sort of "farewell" of the little room that's been dealing samples and growlers since 2010. (That taproom will remain open until the pub launch—which is still TBA, but the place is looking close to completion these days...).