Party Like A Democrat in a Pandemic | Local News | Bend | The Source Weekly - Bend, Oregon

May 20, 2020
comment
Over 100 viewers gathered online Tuesday to celebrate the results of the May 19 Democratic Primary Election. John Hummel, Deschutes County district attorney and Carrie McPherson Douglass, co-chair of the Bend-La Pine Schools Board, cohosted the online event from the coworking space, The Haven. 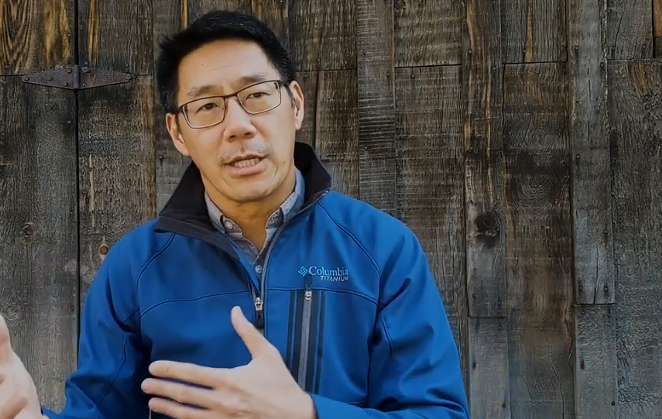 The event featured an appearance by Thomas Lauderdale, a musician with the Portland-based band Pink Martini who spoke about solutions to Oregon’s urban/rural divide. The band’s early shows often supported progressive causes like the environment and affordable housing. Last night, Lauderdale said that about 25% of the band’s fans are Trump supporters. The most effective solution for resolving society’s deep polarization is through “respectful, civilized conversations on all sides,” he said.

Eileen Kiely ran unopposed for Oregon State Senate Seat 27, and she’ll compete against Sen. Tim Knopp in November. Kiely was the next to take the mic and said, for most Oregonians, the economy is a lot more than just the stock market or corporate America. If she wins in the fall, she plans to make global warming a top priority.

Oregon U.S. Sen. Jeff Merkley made a surprise appearance from Washington, D.C. where he said he had to set his alarm to make sure he woke up for the call around 11 p.m. EST.

“May the oval office and the Senate turn blue as we work to save America,” he said. “[This feels] like an apocalyptic novel with a mad man at the helm…. Historically, citizens with sense and passion have joined together. They’ve been able to lead the country out of dark times.” 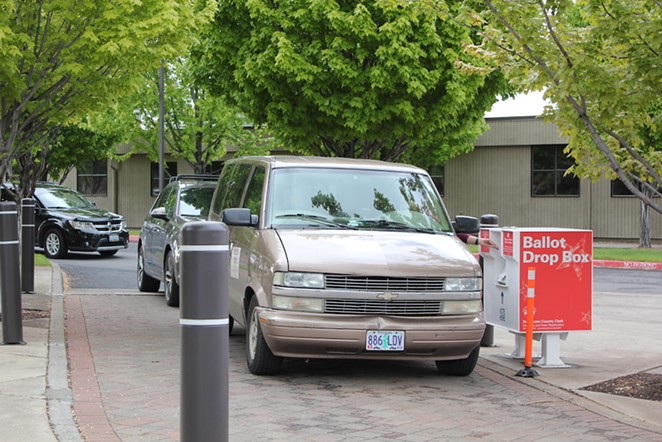 Oregon Attorney General Ellen Rosenblum zoomed in next and discussed her work signing onto dozens of law suits with a group of 25 or so Democratic AGs across the U.S. One of the most pressing issues is the push back against President Trump’s deregulation of the Environmental Protection Agency, she said. She is also fighting against the “gag rule” which prevents doctors from counseling people on their options when they come into a family planning clinic.

Mastrangelo is the executive director of the Volunteers in Medicine Clinic of the Cascades and has a master’s degree in public administration. She is seeking to replace Councilor Bruce Abernethy who will not seek reelection in the fall.

“I’m running because local government really matters,” Kebler told the crowd on Zoom. “I want to be one of the strong voices in Bend during a time of economic crisis due to COVID. I will be in step with what people say they need: Affordable housing was an issue before this crisis and it’s not going to go away. [I believe] we need to create not just single-family homes, but mixed family and other options. If you work here, no matter what kind of job, you should be able to afford to live here as well.”


[This feels] like an apocalyptic novel with a mad man at the helm…. Historically, citizens with sense and passion have joined together. They’ve been able to lead the country out of dark times. -Oregon U.S. Senator Jeff Merkley tweet this

District Attorney John Hummel asked Chang if he was going to finally get some sleep now that the election is over. But Chang said he wanted to go skiing first.

“How will the next round of campaigning be different than the primary?” Hummel asked.

“I won’t be running in a partisan way,” Chang said. “I will connect with non-affiliated voters, of which there are many in Deschutes county. I’ll still connect with the Democratic voter and reach across the aisle to Republicans who aren’t satisfied [with the incumbent]. I can reach across the urban / rural divide because I’ve spent so much time in natural resources solving problems [that affect rural constituents],” he said.

Scott Schaier, who is running for Deschutes County Sheriff, also made an appearance. He’s been with the Bend Police Department for six years and currently works as a School Resource Officer.

“Currently, there is a lack of quality response to mental health issues, especially in the jail, which has led to some deaths,” Schaier said in reference to a recent law suit filed by the mother of a man who killed himself while in custody at the Deschutes County Adult Jail.

Throughout the evening, Oregon Secretary of State Democrat Primary candidate Jamie McLeod-Skinner had a strong lead in Deschutes county, and won here with 61% of the vote. But in the statewide, three-way, head-to-head race, McLeod-Skinner came in third (27.95%) behind Sen. Shemia Fagan (35.32%) and winner Sen. Mark Hass (35.96%).

The event was coordinated by the Strengthening Central Oregon Political Action Committee which was founded by Carrie McPherson Douglass of the BLPS board, who cohosted Tuesday night’s event.

“The PAC was designed to support pragmatic, smart bipartisan candidates to make Central Oregon work for everyone in our community: women, people of color, others that are under-represented,” Douglass said. Douglass kicked off the evening by honoring the Confederated Tribes of Warm Springs who gave 10 million acres of their land, including what is now Deschutes county, to the U.S. in 1855.

Tuesday’s celebration was also supported by the We Win Strategy Group, which does consulting for campaigns.

“One of the most important things we do is encouraging someone to run; identifying a strong candidate that might not know they have a campaign inside them.”

The Oregon League of Conservation Voters also sponsored the event.